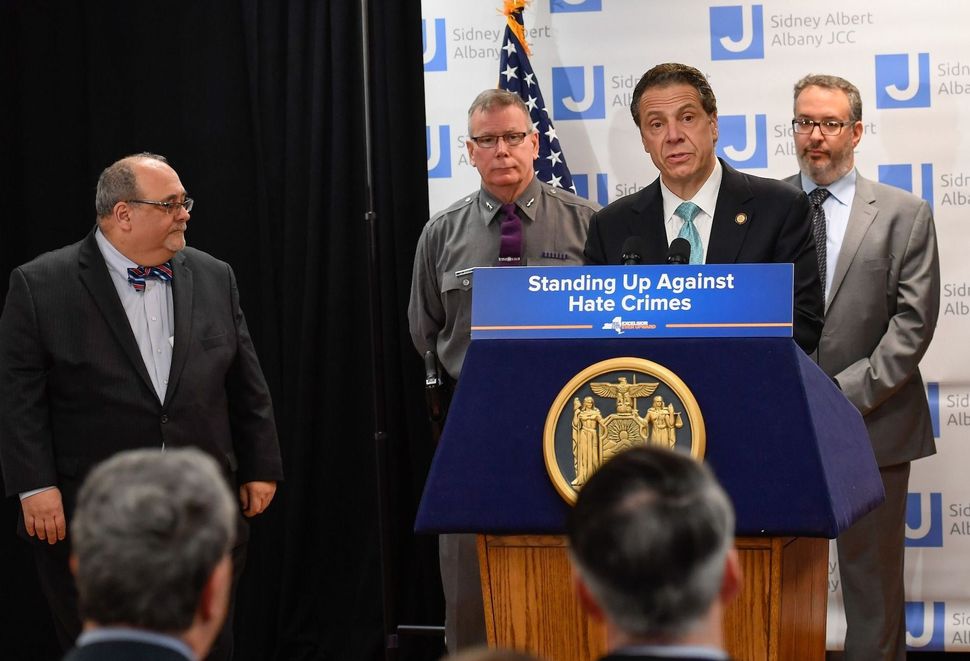 New York Governor Andrew Cuomo spoke with a dozen Jewish leaders on Monday to discuss the recent rise in antisemitic incidents and new guidelines on hospital visitation amid a dramatic reduction in coronavirus cases, according to several participants.

Participants in the call included leaders of the UJA Federation of New York, the Orthodox Union, representatives of the large Hasidic sects and several rabbis.

In the 45-minute call, Cuomo highlighted the deployment of state police to Jewish communities across the state. “Your fight is my fight,” one participant quoted Cuomo as saying.

The governor also informed the group of leaders about the upcoming release of a $25 million Securing Communities Against Hate Crimes grant, saying it is his administration’s opportunity to send a larger message about keeping the Jewish community safe.

Cuomo also told one of the rabbis on the call that it would be his honor to champion the issue of fighting antisemitism as the governor of the largest Jewish community in the diaspora.

On the call, Cuomo mentioned that while COVID-19 vaccination rates are lower in Orthodox communities compared to the general population, he understands that it’s in part because so many Orthodox Jews are children who are below the age for which vaccinations are approved. He encouraged everyone who’s eligible to get vaccinated.