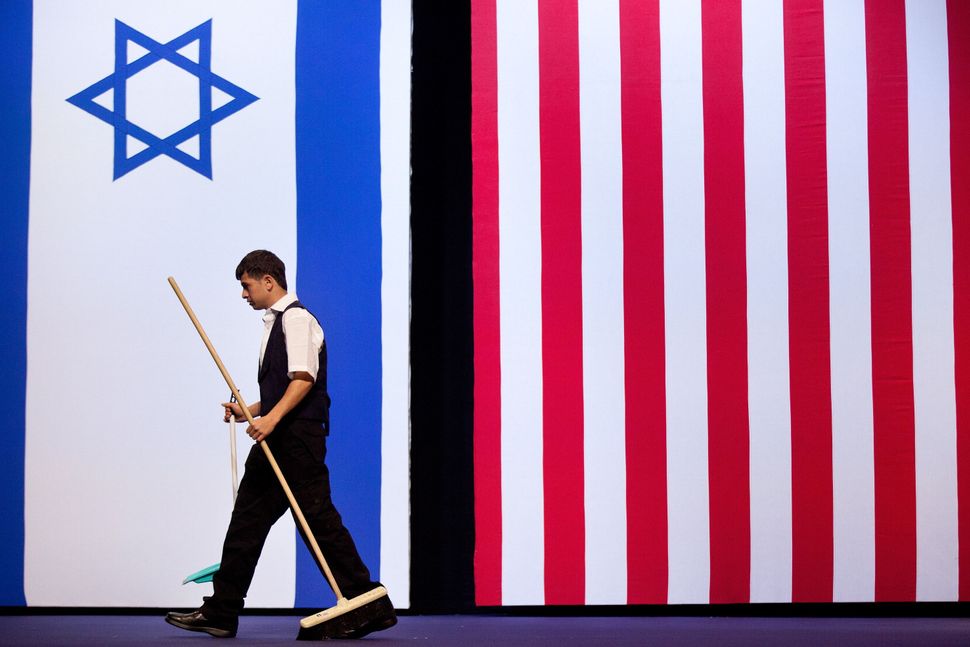 The poll surveyed American attitudes on Israel and Iran. By Uriel Sinai/Getty Images

The vast majority of Americans strongly support Israel and want the U.S. to maintain sanctions against Iran, according to a new survey from Christians United For Israel (CUFI), a group founded by evangelical Pastor John Hagee with more than 10 million members.

The survey found that 82% of respondents believe it’s “important or very important for the United States to support Israel’s sovereignty and existence as a democracy in the Middle East.” It was conducted by GS Strategy Group, whose clients have included many prominent Republican candidates.

Released Monday, the poll was completed before hostilities broke out between Israel and Hamas in May. Since then, Israel has been widely criticized for its treatment of Palestinians in the occupied territories and in Gaza. Greg Stimple, president of GS Strategy Group, said he doubts the results would have been much different had the survey had been done after the ceasefire.

“Americans overwhelmingly view Israel as our most important ally in the Middle East, and as such they overwhelmingly support Israel in terms of the contrast with the Palestinians,” Stimple said. “I think that the attitudes shown in the poll are indicative of where the American public has been, is and will be on these issues.”

Gallup’s annual poll on American views of Israel and Palestinians, released in March, found similarly high levels of support for Israel — with 75% expressing a favorable opinion of the Jewish state. But it also found that Americans’ favorable opinions of the Palestinian Authority hit a new high — 30%, as did the proportion of those who sympathize more with Palestinians than Israelis — 25%.

The CUFI survey also found that many Americans continue to view Iran’s nuclear regime as a threat — 56% favor retaining sanctions on Iran, and 30% favor restoring the Iran Nuclear Agreement. The agreement, brokered during the administration of former President Barack Obama, placed limits on Iran’s nuclear program in exchange for sanctions relief. It was scuttled by former President Donald Trump. President Joe Biden aims to restore it.

The telephone survey was conducted between April 26 and 29 among 800 likely American voters. It has a margin of error of plus or minus 3.5%.