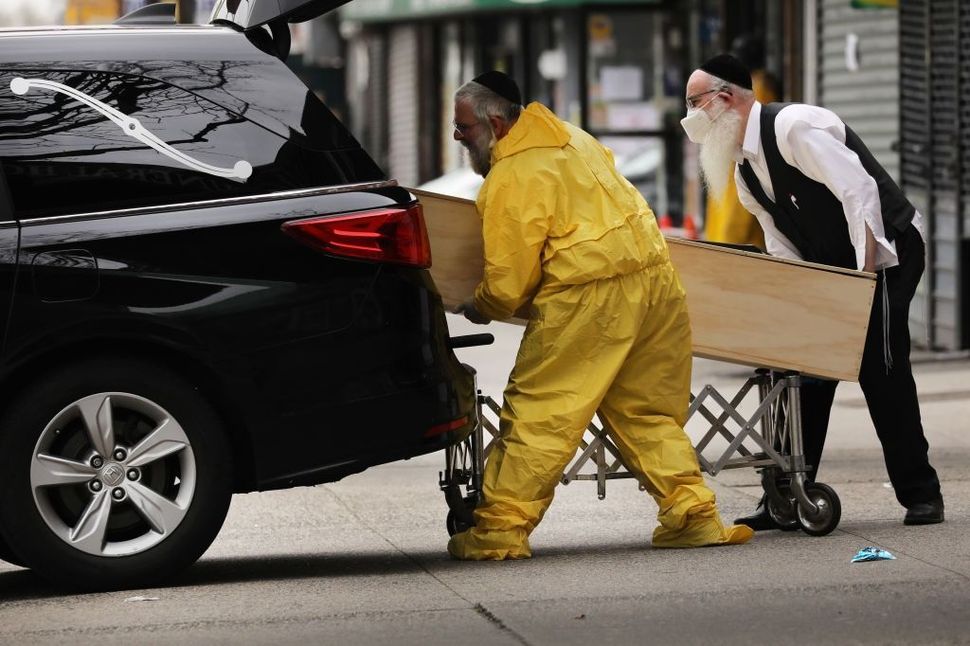 In March 2020, Tzali Reicher set out to track every Jew who died of the coronavirus. Now, his list has grown to include more than 1,800 names, a staggering number that still only accounts for a fraction of the total number of Jewish deaths.

Reicher, who is 24 and lives in Crown Heights, Brooklyn, was working as a researcher for Chabad at the beginning of pandemic. Worried about travel restrictions as infection rates climbed, Reicher flew home to Australia for Passover, expecting to stay for a few weeks. He stayed for five months.

Meanwhile, the virus swept through New York City’s Orthodox communities. In late March, Reicher learned that three of his colleagues at the Chabad office – young, healthy men – were ill, he told the New York Times in a story about his project. Deaths from the coronavirus began to make the news.

Rabbi Zalman Shmotkin, the director of Chabad.org, said he assigned Reicher to the project not only to mark each death, but to encourage readers to learn from each of the deceased’s lives.

Reicher compiled the list in the middle of the night from his parents’ home in Melbourne. He counted rabbis, teachers, mothers and musicians. Some names link to short obituaries. Others are followed by half-sentence descriptions: “much-loved teacher who ‘never got angry,’” “longtime cab driver with a passion for books.”

Reicher expected the project to last for about a month. “I thought, it’s so impossible,” he said. “Also, I was scared of dealing with death, scared of confronting this loss.”

Often unable to gather for mourning rituals, Reicher found that their families were grateful to talk. “These stories I was hearing from all over the world, they stuck with me: the names, the Holocaust survivors,” he told the Times.

Reicher returned to Brooklyn, newly engaged, in August. He got married in November and contracted the coronavirus in February, after visiting a cousin in Connecticut. Now, the names have slowed to two or three a day, and Reicher is ready to move forward.