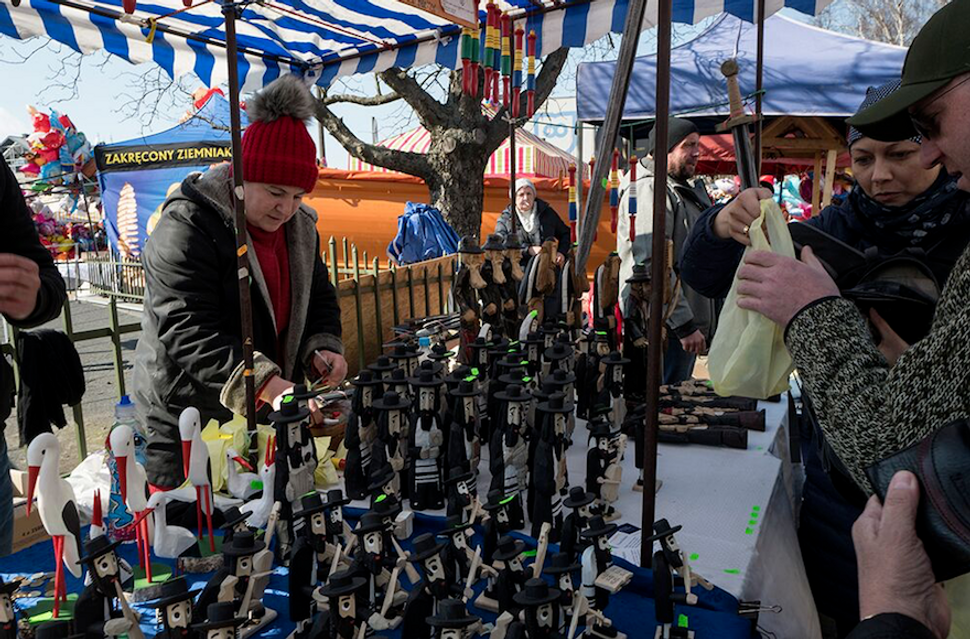 (JTA) — A spokesperson for the city of Krakow, Poland, condemned as antisemitic the figurines of Orthodox Jews that are on sale as good luck charms there.

“This figurine is anti-Semitic and it’s time for us to realize it,” Robert Piaskowski, the city’s alderman for cultural affairs, was quoted as saying during a meeting Thursday by the Gazeta Wyborcza daily. “In a city like Krakow, with such a difficult heritage and a painful past, it should not be sold.”

The statement follows a campaign by some Polish Jews to stop the sale of the figurines, which some locals treat as charms for increasing revenues. Many variation of the figurines and paintings of Orthodox Jews that are sold in Polish marketplaces and beyond have elements pertaining to money – typically the Jew depicted is counting money.

One of the Krakow activists leading talks with the municipality on the issue is Michael Rubinfeld, a Canada-born actor who has made several artworks and displays critical of the custom, which he finds offensive. Rubinfeld, a founder of the FestivALT organization and arts festival, also was involved in the talks with Piaskowski.

Advocates of the custom say it reflects nostalgia toward Jewish presence in Poland, where 3.3 million Jews lived before the Holocaust. Poland now has about 4,500 people who identify as Jewish and approximately 7,000 with at least one Jewish parent, according to a 2020 demographic study of European Jewry.

The city may deny market concessions to vendors who sell the Jewish figurines, according to Salon24.

The post Krakow city official says good-luck figurines of Jews are ‘antisemitic’ and should not be sold appeared first on Jewish Telegraphic Agency.