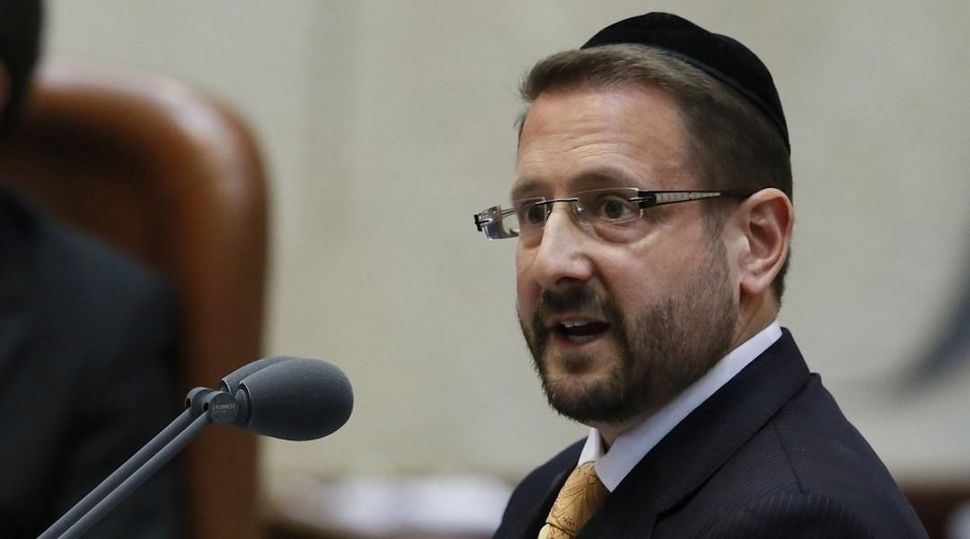 (JTA) — The World Confederation of United Zionists, one of several groupings within the World Zionist Organization, let go of its secretary-general, American-born Rabbi Dov Lipman, citing his dispute with two women who say he sexually harassed them.

Haaretz, which first broke the story of the harassment allegations, reported Monday that the confederation’s chairman, David Yaari, notified the World Zionist Organization of Lipman’s departure last month after the allegations were made public.

“Given the grave allegations against former MK Dov Lipman, it was decided to part ways in order to focus on CUZ’s vital work within the global Zionist forum,” Yarri told Haaretz in a statement.

Lipman, who is from the Washington, D.C., area, is a former Knesset member from the Yesh Atid party.

He denied to Haaretz that he had been fired, saying he had left of his own accord to devote more time to helping new immigrants to Israel settle and assimilate, the work he is best known for.

Lipman has denied the harassment allegations, which first arose on a private Facebook page. He has sued the two women making the accusations, and they have countersued.

The two women, like Lipman, are members of the Modern Orthodox community in Beth Shemesh, a city near Jerusalem. They said the harassment occurred when they and Lipman were part of a movement to push back against haredi Orthodox harassment of Modern Orthodox women and girls in the city over modesty and other perceived religious infractions