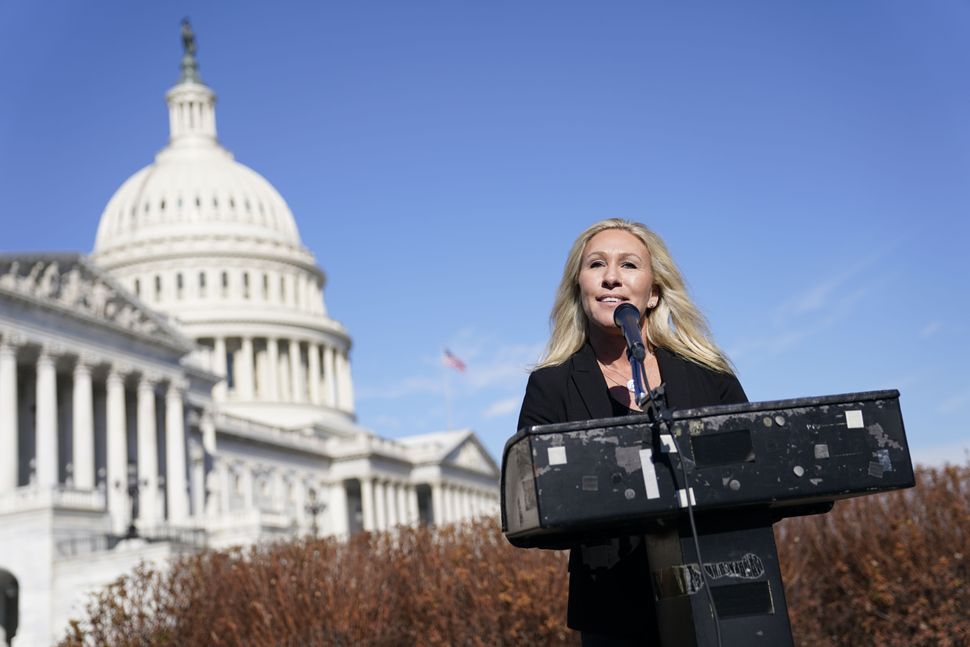 US Representative Marjorie Taylor Greene, Republican of Georgia, speaks during a press conference on Capitol Hill on February 5, 2021 in Washington, DC. By Alex Edelman / AFP via Getty Images

“I have made a mistake and it’s really bothered me for a couple of weeks now, and so I definitely want to own it. The horrors of the Holocaust are something that some people don’t even believe happened, and some people deny but there is no comparison to the Holocaust,” Greene said Monday outside the Capitol, after completing her private museum tour.

“And there are words that I have said remarks that I’ve made, that I know are offensive, and for that I want to apologize; antisemitism is true hate, and I saw that today at the Holocaust Museum,” Greene said. “And I think it’s something that we should all remember and never forget. So I just wanted to come here today and say that I’m truly sorry for offending people with remarks about the Holocaust, there’s no comparison. There never ever will be.”

Last month, Greene compared a supermarket’s decision to add a logo to the badges of vaccinated workers to the yellow stars that Jews were forced to wear in Nazi-occupied Europe.

“Vaccinated employees get a vaccination logo just like the Nazi’s [sic] forced Jewish people to wear a gold star,” she said on Twitter at the time, attaching a news story. Jewish organizations as well as Democrats and Republicans alike rebuked her for the comment, but she doubled down.

Marjorie Taylor Greene: “I have made a mistake… this afternoon I visited the Holocaust Museum. The Holocaust is- there’s nothing comparable to it.” pic.twitter.com/skrF6YyC3u

A museum spokesman confirmed her visit Monday. “We welcomed her visit as we do all members of Congress,” Andrew Hollinger, the museum’s director of communications, told the Jewish Telegraphic Agency. “It was a private visit, as they all are.”