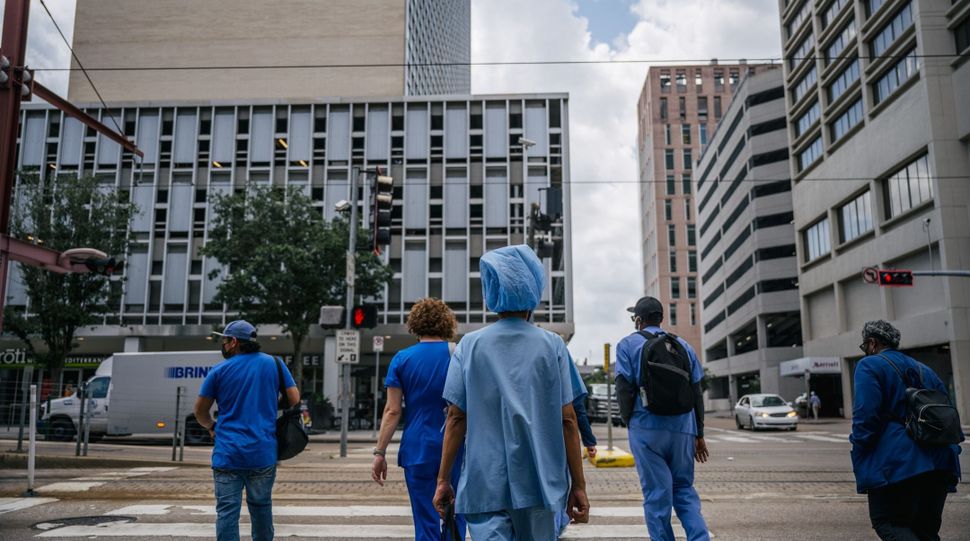 (JTA) — A federal judge in Houston has thrown out a lawsuit by health workers objecting to a city hospital system’s coronavirus vaccine mandate on the merits — but she couldn’t help singling out one of the arguments for special derision.

In her five-page opinion on June 12, District Judge Lynn Hughes writes that the lead litigant, Jennifer Bridges, “says that the injection requirement is invalid because it violates the Nuremberg Code,” the ethical code that emerged from the trials of Nazi physicians following World War II.

“She likens the threat of termination to forced medical experimentation during the Holocaust,” Hughes says in the ruling, as reported by Ars Technica, a technology news site.

Houston Methodist Hospital is a private entity, not a government, Hughes writes, and adds: “Equating the injection requirement to medical experimentation in concentration camps is reprehensible. Nazi doctors conducted medical experiments on victims that caused pain, mutilation, permanent disability and in many cases, death.”

Bridges was joined by 116 staffers from the facility, which has a staff of 26,000, in filing the lawsuit. In a CNN interview after the ruling, Bridges said she was not likening the vaccination to the Holocaust but to Nazi practices in the 1930s.

Comparisons between coronavirus protections and the Holocaust have proliferated on the fringes. A Georgia Republican congresswoman, Marjorie Taylor Greene, apologized on Monday for making a similar comparison. Greene’s apology followed her tour of the U.S. Holocaust Museum in Washington, D.C.