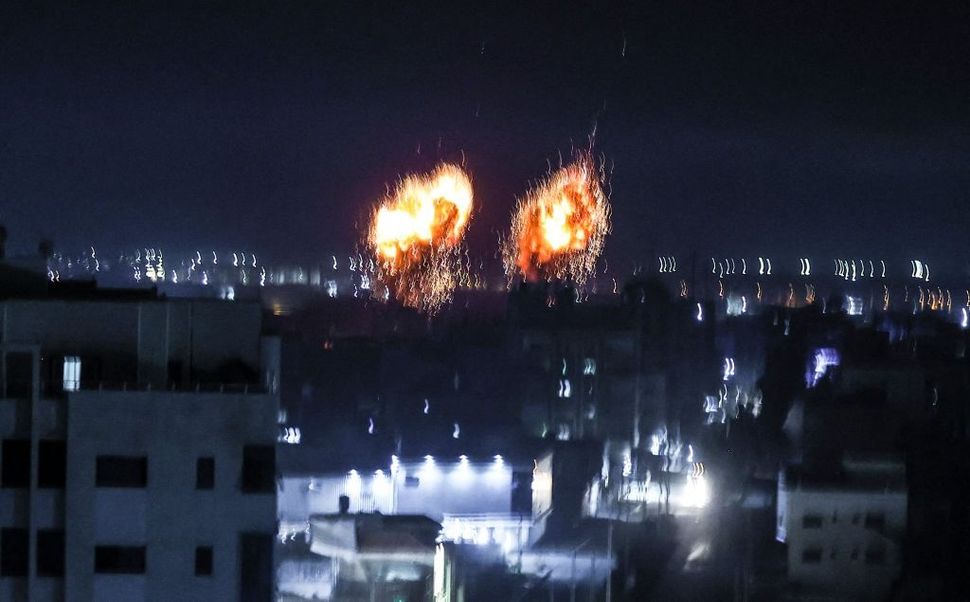 The airstrikes came in response to incendiary balloons launched on Tuesday from Gaza toward Israel, and were the first since May 21, when an Egyptian-brokered ceasefire ended 11 days of intense violence. It was also the first visible military action targeting Hamas since Israel’s new government, led by Prime Minister Naftali Bennett, took office on Sunday.

In a statement, the Israel Defense Forces said it is “ready for all scenarios, including renewed fighting in the face of continued terrorist acts emanating from Gaza.”

The explosive-laden balloons sent from Gaza on Tuesday caused 20 fires broke on the Israeli side of the border. They were launched as a response to an annual event known as Flag Day, when ultra-nationalist Jews march through Jerusalem’s Old City carrying Israeli flags to celebrate Israel’s seizure of the Western Wall control of Eastern Jerusalem during the 1967 War.

Islamic Jihad had called on Palestinians in Israel and the West Bank to be present along the route of the Flag March and “protect the Al-Aqsa Mosque” — an area that houses the Dome of the Rock and which Jews call the Temple Mount — while Hamas warned that “Israeli aggression against Al-Aqsa” would be met with violence.

The Flag March had been postponed from the prior week, and a similar march was canceled on Jerusalem Day last month because of the rising violence sparked by clashes at the Temple Mount and a planned eviction of Palestinian families from the Sheikh Jarrah neighborhood in East Jerusalem.

It took place Tuesday under heavy security and drew a smaller crowd than prior years, leaving hard-core participants who caused some friction with Palestinians who lined the route.

Tuesday’s exchange of fire with Gaza follows an intense 11-day conflict in which some 250 Palestinians in Gaza were killed along with 13 people in Israel.Both Israel and Hamas have said the Egyptian brokered cease-fire was fragile.