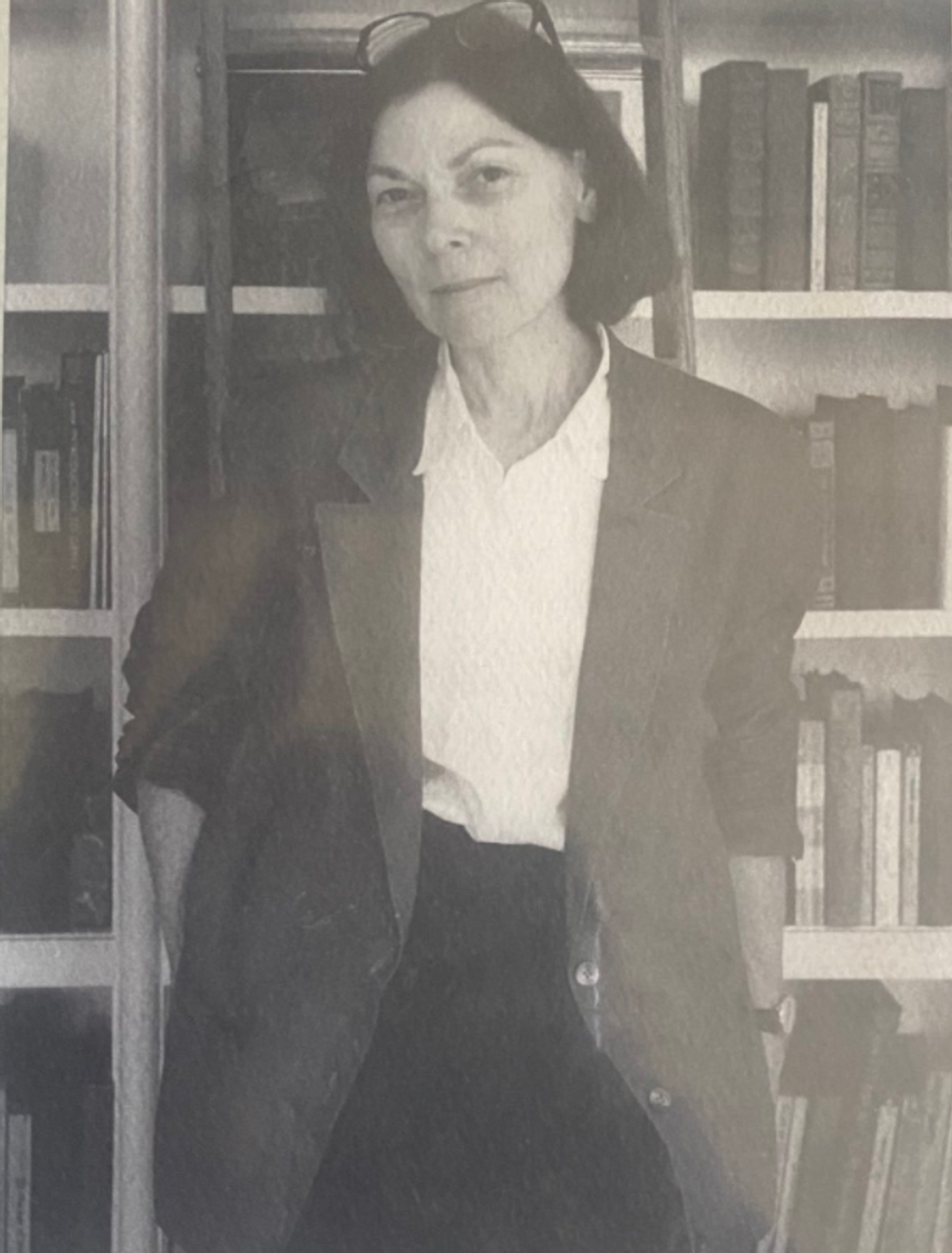 Janet Malcolm on the back cover of “The Journalist and the Murderer.” Photo by Twitter

Janet Malcolm, the legendary writer whose seminal books on journalism and psychoanalysis influenced generations of reporters, died Wednesday at the age of 86. Her daughter, Anne Malcolm, told The New York Times that the cause was lung cancer.

Malcolm, who began a long career at The New Yorker in 1963 and whose books delved into the psychology of writer and subject, was an innovative stylist. She was also a trenchant critic of her profession. The opening line to her most famous work, the book “The Journalist and the Murderer,” reads “Every journalist who is not too stupid or too full of himself to notice what is going on knows that what he does is morally indefensible.”

Malcolm was born Jana Wienerová to a Jewish family in Prague in 1934, and immigrated with them to New York in 1939. Her father, Josef Wiener, was a psychiatrist. His field’s mechanics ran through much of her writing, notably “Psychoanalysis: The Impossible Profession” (1977) and “In the Freud Archives” (1984), a character study of Jeffrey Moussaieff Masson, the project director behind the archive housing the famed psychoanalyst’s papers. (Masson later sued Malcolm for libel; he lost.)

Before Malcolm became one of the most feared interviewers in narrative nonfiction, producing controversial works that often ran in The New Yorker before being published as books, she worked at the magazine as an interior design columnist for a decade. It was while working on “long fast pieces” there, she told Katie Roiphe in 2011, that she developed her signature first-person voice.

“I modeled my ‘I’ on the stock, civilized, and humane figure that was the New Yorker ‘I,’” Malcolm recalled, “but as I went along, I began to tinker with her and make changes in her personality. Yes, I gave her flaws and vanities and, perhaps most significantly, strong opinions.”

Her incisive use of first-person might have reached its apex in “The Journalist and the Murderer,” a journalism school favorite about the true-crime writer Joe McGinniss, who invented a pathological narcissist diagnosis for his subject, the convicted murderer Jeffrey R. MacDonald, while also befriending him.

In her later years, Malcolm wrote prolifically about literature. She railed against in-vogue translations of Tolstoy and psychoanalyzed J.D. Salinger for the New York Review of Books and published “Two Lives,” a dual biography of Gertrude Stein and her partner, Alice B. Toklas. She also continued to publish books of essays and reported work, including “Iphigenia in Forest Hills,” which dived into a murder trial in the Bukharian Jewish community of a Queens neighborhood.

She is survived by her daughter, granddaughter, sister and two nephews. Her first husband, the New Yorker writer Donald Malcolm, died in 1975. Her second, Gardner Botsford, a New Yorker editor, passed away in 2004.

The editor Craig Seligman famously claimed that Malcolm “found her vocation in not-niceness.” Her radical knack for not mincing words proved enormously influential — even if it began as a kind of heresy.

“My analysis of journalistic betrayal was seen as betrayal of journalism itself as well as a piece of royal chutzpah,” Malcolm told Roiphe, speaking about her line on the “morally indefensible” nature of her industry. “Today, my critique seems obvious, even banal.”