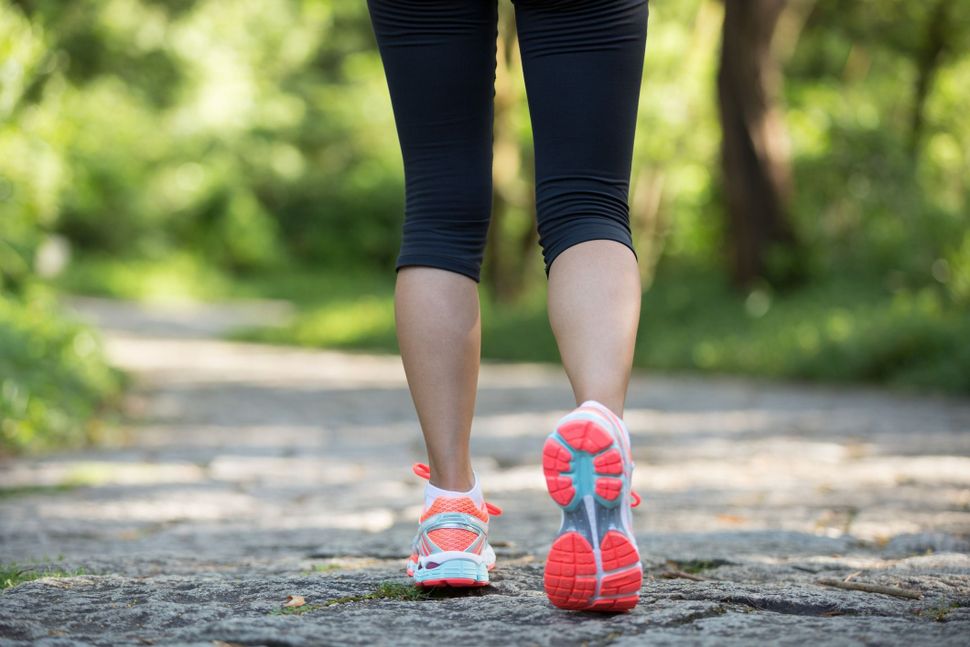 The app converts steps into redeemable health coins. By iStock

A new app is going the extra mile to get people motivated about exercising: fitness app Rumble actually pays users to get active.

Co-founded by three Israeli entrepreneurs – Alon Silberberg, Lior Klibansky and Yaron Levi – the app works by converting steps into coins to be redeemed for purchase or discounts at stores and restaurants. One thousand steps converts into one health coin, which is equal to roughly one shekel. If a typical person walks 10,000 steps a day, they could earn about $3 a day using the app.

Some companies are using the service as a motivator for employees. “We can save a lot of money by reducing health care costs and by improving employee retention, productivity and so on,” Silberberg said in an interview.

The app is a product of Yuvital Health, (formerly UVTAL) named after two fallen Israel soldiers, Yuval (Yuvi) Dagan and Tal Yifrach, who served with Silberberg in Israel’s 2014 Operation Protective Edge. Silberberg launched the app following his own experiences tracking his steps using his Samsung step counter, trying to reach 10,000 steps a day.

“The typical day for an average Israeli is to wake up, go to your car, spend maybe one hour on the road to get to your office to sit for nine hours and then just to go back into your car just to go home and drop dead on your couch,” explained Silberberg. “What I saw is that it affected me and my friends.” Along with its economic incentive, part of the app’s motivational guidance includes a group of behavioral psychologists who focus on the mental obstacles behind getting active. There’s also a social networking aspect to connect users to others on the app. Its two main groups of users are the general population and a corporate wellness plan for companies, with a smaller option for insurance companies that use the app to tweak their service based on customers’ physical activity. The app has a potentially large target audience — worldwide obesity has nearly tripled since 1975, and in the U.S., roughly two out of three U.S. adults are overweight or obese. A recent Harvard health study found that walking prevents weight gain, can prevent snack cravings and eases joint pain. It also found that men and women who walked at least 20 minutes a day, at least five days a week, took 43% fewer sick days compared with those who exercised once a week or less.

According to Yuvital, the app has been used by more than 800,000 Israelis so far, with that number expected to grow following plans to launch Rumble in Canada and the United States by the end of this year.

“By the end of the year we’re going to hit 1.3 million members, not including those outside of Israel,” Silberberg said. “We are creating and developing a platform that helps us to incentivize positive behaviors within specific populations.”