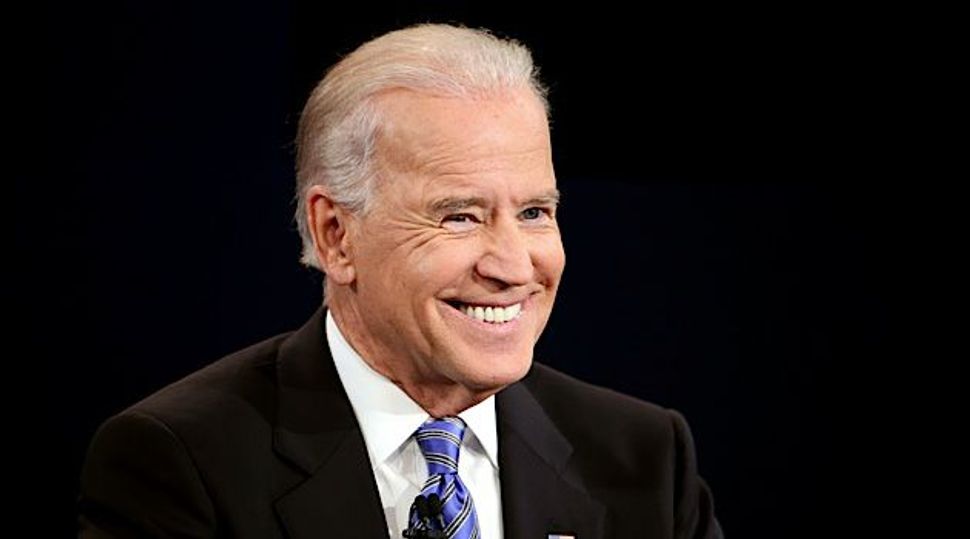 (JTA) — A majority of Americans disapprove of how President Joe Biden is handling the Israeli-Palestinian conflict — they are split about why.

More Republicans are saying Biden should be more supportive of Israel, while more Democrats want better backing for the Palestinians, according to a poll published Wednesday.

The survey by The Associated Press and NORC at the University of Chicago — a major independent social research organization — found that 56% of respondents disapproved of Biden’s handling of the conflict. NORC at the University of Chicago carried out the poll of 1,125 adults from June 10 to 14 in the aftermath of the renewed fighting last month between Israel and Gaza.

Biden withheld pressure on Israel to cease the fighting until its last day or so, and refused to contemplate leveraging assistance to Israel to bring about the end of 11 days of hostilities.

Asked “Is the U.S. giving too much support or not enough support to the Israelis,” 39% of respondents said his support was “about right,” while 29% said Biden was too supportive and 30% said he was not supportive enough.

Democrats and Republicans differed substantially over who deserved greater support, with 49% of Republicans saying Biden did not support Israel enough and 51% of Democrats claiming the president came up short in his backing of the Palestinians.

Israel faced harsh criticism and calls to cut assistance last month from some progressives among congressional Democrats, while numerous moderate Democrats joined Republicans in defending its actions during the conflict.

On his handling of foreign policy overall, Biden was about even with the respondents: 50% approved and 47% disapproved.

The poll reached respondents through a list of people who had previously indicated an interest in taking a survey. Interviews were online and over the phone. The margin of error was 4.2 percentage points.