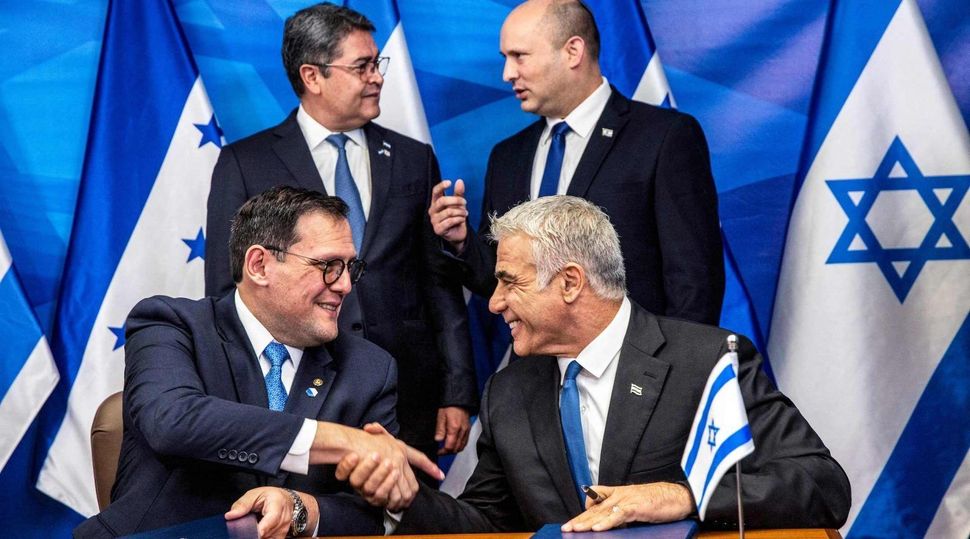 (JTA) — Honduras formally moved its Israeli Embassy to Jerusalem on Thursday, becoming the fourth country to make the move.

According to The Times of Israel, Hernández said in a speech that since he took office in 2014, Honduras has become “one of the two countries in Latin America, and one of the five in the world, that most often abstains from the resolutions [by international bodies] that Israel opposes.”

Bennett said in response: “Under your leadership, Honduras consistently stands by Israel in international institutions when it is not always popular, and sometimes it also involves paying a price. This is a testimony to our friendship.”

Following talks with Bennett’s predecessor, Benjamin Netanyahu, Honduras announced its plan to move its embassy last year. The Central American nation of nearly 10 million is the first country to make the move under the auspices of the new government that ousted Netanyahu earlier this month after his 12 years in power.

United States, Guatemala and Kosovo had previously moved their embassies.

Though Israel’s government infrastructure has long been stationed in Jerusalem, countries have historically avoided enshrining the city as Israel’s capital in deference to Palestinian leaders, who want the eastern part of the city to be the capital of a future Palestinian state.