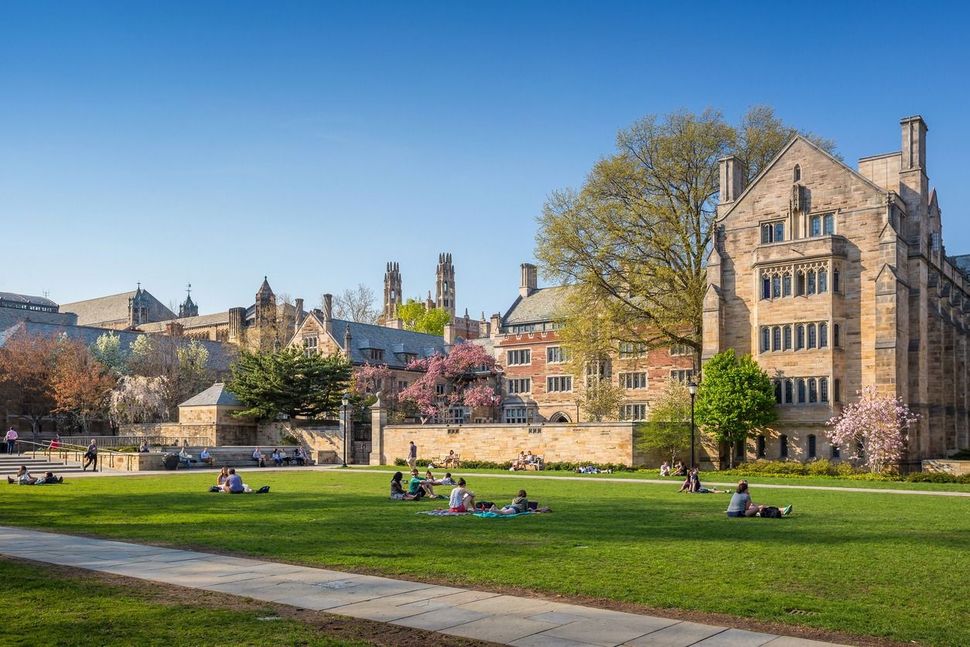 Yale’s student government voted to adopt a statement of condemnation against Israel. Photo by iStock

The Yale College Council, the university’s undergraduate student government, voted on Sunday to adopt a statement of condemnation against Israel. Originally authored by a student group called Yalies 4 Palestine, the statement denounces the “injustice, genocide, and ethnic cleansing occuring in Palestine.”

“As students at one of the most privileged academic institutions in the world, we must call out injustice wherever it may occur,” the statement read. “We stand against the discriminatory application of the law that strips Palestinians of basic rights. We stand against the violent expulsions of those living under occupation in Sheikh Jarrah.”

The statement connected the conflict between Israel and the Palestinians to the civil rights movements in the United States protesting racial injustice and police brutality.

“We call upon Yale students to recognize the connections between the US’s domestic racial oppression and its imperial oppression of people of color worldwide,” the statement continued. “Just as Israel’s military enforces the apartheid system against Palestinians, the US police enforces the system of white supremacy against Black Americans.”

The YCC’s adoption of the statement comes a month-and-a-half after it was initially released on May 12. Over 50 student organizations including the Yale College Democrats, the Yale Women’s Center, and the Yale Literary Magazine adopted it by May 16. The statement also prompted an open letter written by Jewish students and alumni in solidarity with Yalies 4 Palestine, which called for Yale and the Joseph Slifka Center for Jewish Life at Yale to join the Boycott, Divestment and Sanctions (BDS) movement.

A group of Hillel student leaders opposed the student government’s adoption of the statement, asking the YCC to consider the implications of positioning themselves, as representatives of the Yale student body, unilaterally against Israel.

“Severe condemnation becomes the new baseline, and those who fall short of that stand outside the community,” the Hillel student leaders said. “Not only does this cast aside students who support Israel, but without a neutral baseline, it makes it harder to maintain an environment of open dialogue and forces students, particularly Jewish students, to take a stance.”

Once the measure passed by with 8 votes for the measure, 3 votes against it, and 4 abstained, Rabbi Jason Rubenstein of the Slifka Center sent out an email objecting to the statement of condemnation, calling it “one-dimensional and myopic to the point of willful ignorance” and “unworthy of this university’s dedication to the world-shaping power of truth.”

The Slifka Center’s response – signed by Rubenstein, executive director Uri Cohen, and Yale’s Hillel Student Board Co-Presidents – criticized the statement for its “silence on Israeli deaths,” as well as its “antisemitic overtones.”

“It characterizes the Jewish state as an agent of the world’s most reprehensible forces and guilty of the most unspeakable crimes – in other words, demonically,” they wrote. “This genealogy may be invisible to its authors and adherents because the outsized perfidy they ascribe to the Jewish state is formulated in distinctly contemporary terms – but is clear, terrifying, and familiar to us.”

They went on to say: “We stand in solidarity with everyone whose commitments to the equal dignity of all residents of Gaza, the West Bank, and Israel impels them to seek a just peace, and who are able and willing to hold the complexity and anguish of Palestinian and Jewish pain. Sadly, tonight’s decision was a defeat for these principles.”