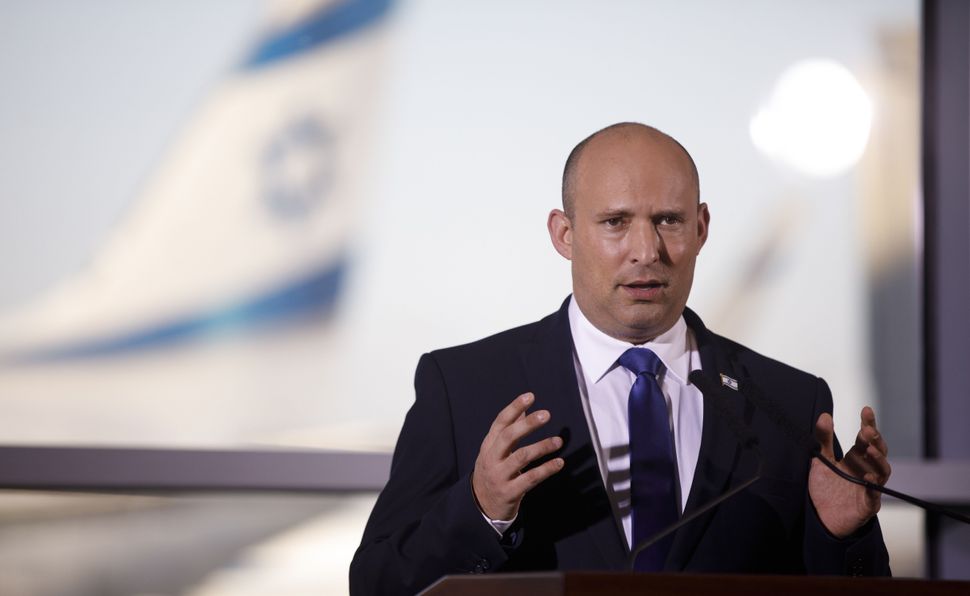 Mossi Raz, a member of the Knesset representing the leftist Meretz Party, is frustrated as part of a new Israeli government that, in his view, won’t make progress in the coming years towards ending the occupation of the West Bank and solving the Israeli-Palestinian conflict.

“There is no agreement about the policy vis-à-vis the most important thing, which is the Occupied Territories and future relations with the Palestinians,” Raz, a longtime Peace Now leader, said in a Zoom call with Americans for Peace Now on Tuesday.

The power-sharing government — led for the first half of the term by Naftali Bennett, a former settler leader with strong nationalist views — is made up of parties who agree on little else than their desire to keep Benjamin Netanyahu out of office for good. To that end, the coalition is going to avoid contentious issues such as Palestinian rights. The government, for the first time in Israel’s history, includes an Islamist Arab party, and Meretz is back in power for the first time in 22 years.

Raz said members of his party still ask themselves what they can do to achieve some breakthrough on the Israeli-Palestinian issue. But they also know that they are party to an agreement that does not privilege their views. “This is a problem we will have to deal with,” he said.

The best he can do, he said, is to attract attention to the issue.

Last week, Raz came under fire for co-hosting an event in the Knesset called “After 54 years: From Occupation to Apartheid.” Raz said he personally does not consider Israel an apartheid state, but that using the term in the title drew attention.

Raz said he was pleased that the event attracted media coverage it wouldn’t have necessarily received under a different government. He also said the conference helped to distinguished members of the coalition from each other. “It is very clear that the prime minister doesn’t think like me, and I don’t think like him — it is important to show people the differences between us,” he said.

With Meretz as part of the government, “everything we say now about the occupations, the same thing I’ve said in the past, is louder; people can hear it better. This is the main positive thing that has happened with this coalition.”

Given the wide spectrum of views within the new government, he also suggested that the Biden administration will refrain from applying pressure on settlement activity or raising expectations for a peace plan. It would be overly optimistic to think Biden would by invite the Israelis and Palestinians to a peace summit, Raz said.

“I wish to be surprised, but I doubt it,” he added.

Raz predicted that despite the seeming fragility of the new government, it will serve its full term because the alternative — seeing Netanyahu and the right-wing parties come back to power — is anathema to its members.

Meretz will “not take part” in any government move that undermines the party platform on the Israeli-Palestinian issue, he said, but neither would respond by breaking up the government.