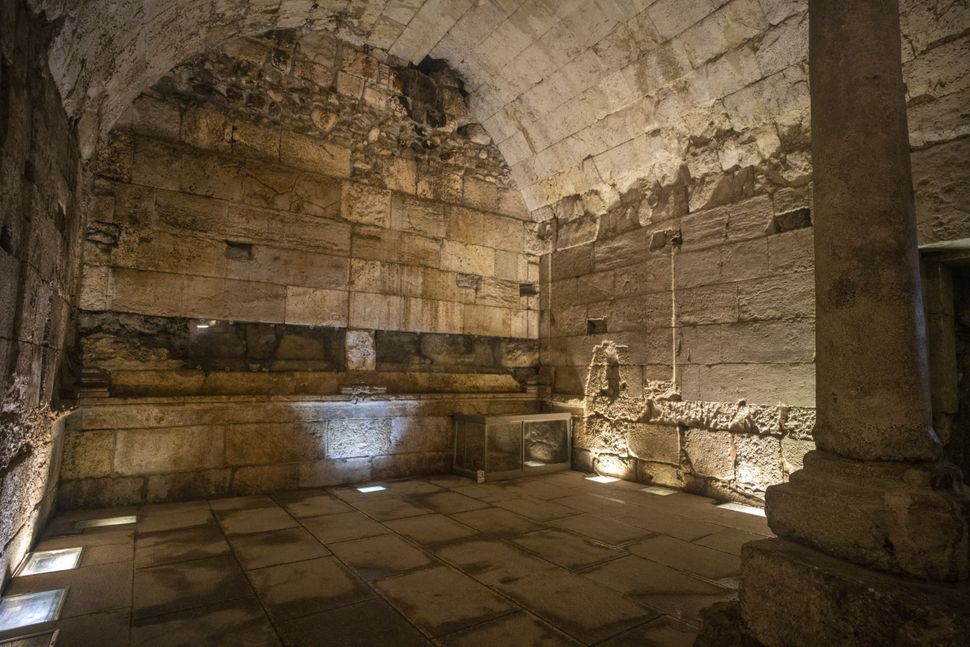 The newly opened tunnels, to the west of the Temple Mount, include two massive chambers flanked with columns and fountains that were once part of a building believed to have housed public functions in the first century AD.

“This is without doubt one of the most magnificent public buildings from the Second Temple period that has ever been uncovered outside the Temple Mount walls in Jerusalem,” said Dr. Shlomit Weksler-Bdolach, who led the excavations for the IAA. “The building, which apparently stood along a street leading up to the Temple Mount, was used for public functions – it may even have been the city council building where important dignitaries were received before entering the Temple compound and the Temple Mount.”

Dr. Weksler-Bdolach says that the archaeologists believe the chambers likely once contained wooden sofas, in the style of “reclining dining rooms” which were popular across the ancient Near East for a millennium.

The discovery is the result of excavations stretching back over a century. They were first begun by the British general Sir Charles Warren, who traveled to what was then Ottoman Palestine in the 1860s as part of an expedition of proto-biblical archaeologists.

The Western Wall Heritage foundation says that they hope to have the site open before “Rosh Rosh Chodesh Elul and Slichot.”

Slichot are the penitentiary prayers that many Jews recite in the month leading up to Rosh Hashanah.

During the Hebrew month of Elul, scores of people attend Slichot prayers at the Western Wall. To be opened by Rosh Chodesh Elul, the exhibition will have to be ready by August 9 on the Gregorian calendar.