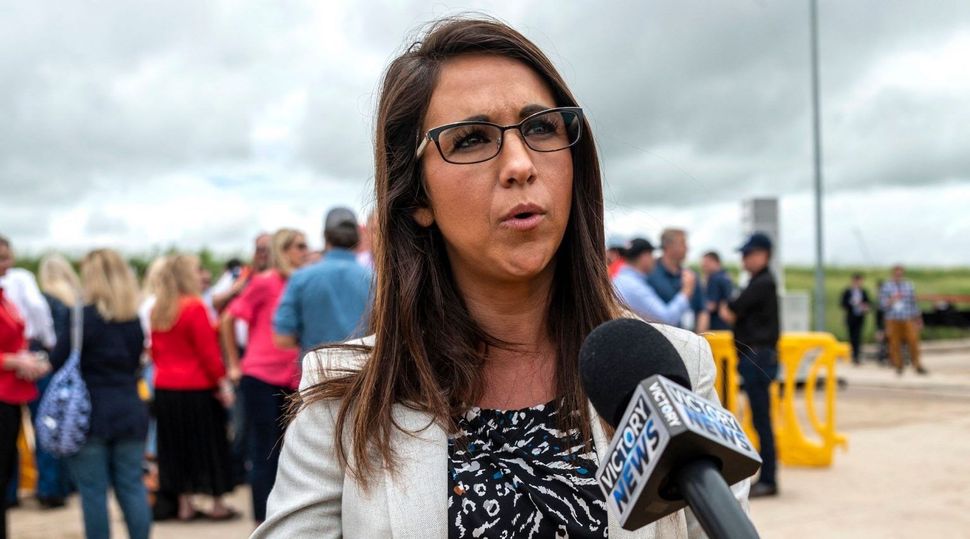 Boebert, a first-term Republican, posted the tweet above a video of White House Press Secretary Jen Psaki discussing the administration’s efforts to raise vaccination rates through targeted outreach around the country. Psaki mentioned Mesa County, which is in Boebert’s district.

In addition to Nazism, Boebert also compared the outreach to communism in China.

“Biden has deployed his Needle Nazis to Mesa County,” she wrote on Thursday. “The people of my district are more than smart enough to make their own decisions about the experimental vaccine and don’t need coercion by federal agents. Did I wake up in Communist China?”

There have been no reports of government officials forcing people to be vaccinated.

Boebert has also previously used the term “brown shirts” to  refer to the enforcement of public health measures by Colorado Gov. Jared Polis, who is Jewish.

“Here in Garfield County where my restaurant is, restaurants are closing once again because Governor Polis has sent his Brown Shirts in to make sure everyone shuts down,” she told a local radio station in January.

Both Boebert and Greene have praised QAnon, the pro-Donald Trump conspiracy theory with antisemitic roots, before they both distanced themselves from it. Greene has repeatedly compared policies she opposes to Nazi actions, which she apologized for after touring the U.S. Holocaust Memorial Museum last month. Her “brown shirts” comment came three weeks after that visit.