Biden taps Eric Garcetti to be envoy to India 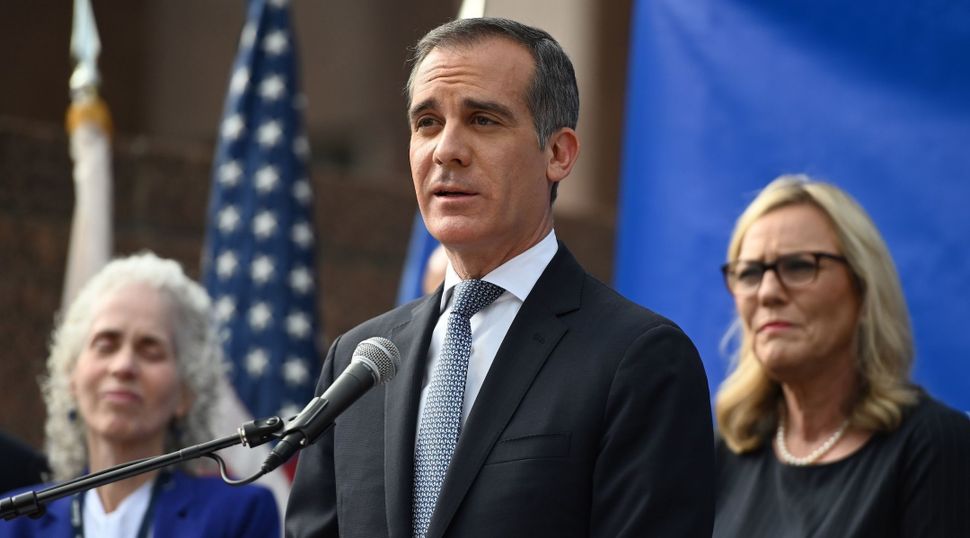 The White House in announcing the nomination on Friday emphasized Garcetti’s bona fides in leading an international city. “As mayor, Garcetti oversees the busiest container port in the Western Hemisphere, the largest municipal utility in the country, and one of the busiest airports in the world,” the announcement said. “Garcetti co-founded Climate Mayors and led more than 400 U.S. mayors to adopt the Paris Climate agreement.”

Garcetti, 50, whose mother is Jewish and who was raised Jewish, was a co-chairman of Biden’s presidential campaign and helped select his running mate, Kamala Harris.

He said last December he would not seek a post in the Biden administration, saying he was needed in Los Angeles to lead it through the coronavirus pandemic and the unrest that engulfed American cities after a Minneapolis policeman murdered Geroeg Floyd in May 2020.

Garcetti, whose term was due to end in December 2022, told The Los Angeles Times that his skills would be put to good use in India.

“We can’t get our climate goals without India hitting its climate goals,” he told the newspaper. “We can’t see the economy truly reopened to international commerce and tourism until COVID is under control. We’re all very closely connected.”

A network of city mayors Garcetti leads, C 40 Cities, has taken on two of the country’s most pressing problems, meeting climate change challenges, and a resurgence of the COVID virus.

Biden taps Eric Garcetti to be envoy to India