Israel’s High Court of Justice ruled on Sunday that the state must allow same-sex couples and single men to become parents through surrogacy, after the government said last week that passing a law to this effect was politically “unfeasible.”

The court also said that the state must make the requirements for same-sex couples and single men to become parents as those set for women.

The panel of justices, headed by Supreme Court President Esther Hayut, said that restrictions barring same-sex male couples and single men from surrogacy must be nullified within six months.

“As it has been determined that the arrangement is unconstitutional,” the court said of the current rules limiting surrogacy, “‘a lack of political feasibility’ cannot justify the connotation of severe harm to basic rights.” 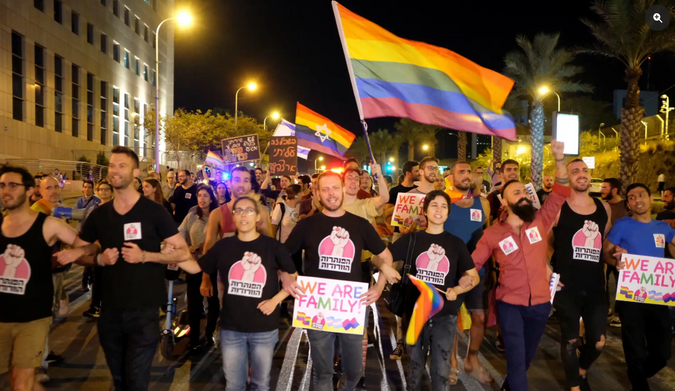 Hayut wrote that from now on interpretation of the existing law’s instructions should be expanded so that “the expression ‘intended parents,’ which appears in the law on [surrogacy] agreements, can be interpreted to refer to heterosexual couples, same-sex couples, single women and single men,” and the expression “recipient” of the egg, which now appears in the feminine form in Hebrew, can also be interpreted as referring to a male recipient.

“When I entered my role, it was clear to me that the foot-dragging must be brought to an end and informed the court that the petition is just and that we are prepared for a binding ruling,” he said. “We will immediately get ready to accept requests for surrogacy from men. We will act with responsibility, balance, and especially equality.”

Itai and Yoav Pinkas Arad, who petitioned the High Court along with the Israel Association of Gay Fathers, welcomed the decision: “The High Court ruling is a great step forward toward equality not only to the LGBTQ in Israel, but equality in Israel altogether,” they said. “The ruling is important to all of us because arbitrary discrimination shames the state.”

The Aguda – Israel’s LGBT Task Force — called the ruling “a historic landmark in our struggle for equality.”

In February 2020, a five-justice panel struck down a law barring gay couples and single men from using surrogacy services, and gave the Knesset a year to pass a new law.

When a year had passed, in March 2021, the state requested an extension; the court asked for an update at the beginning of this month, when the government said it was unable to pass such a law.

Up to now, only couples made up of a man and a woman who are residents of Israel have been eligible for undergoing the surrogacy process in Israel, as well as single women who have medical issues preventing them from getting pregnant or carrying a fetus. Israelis seeking to start the surrogacy process must receive approval from a committee within the Health Ministry.