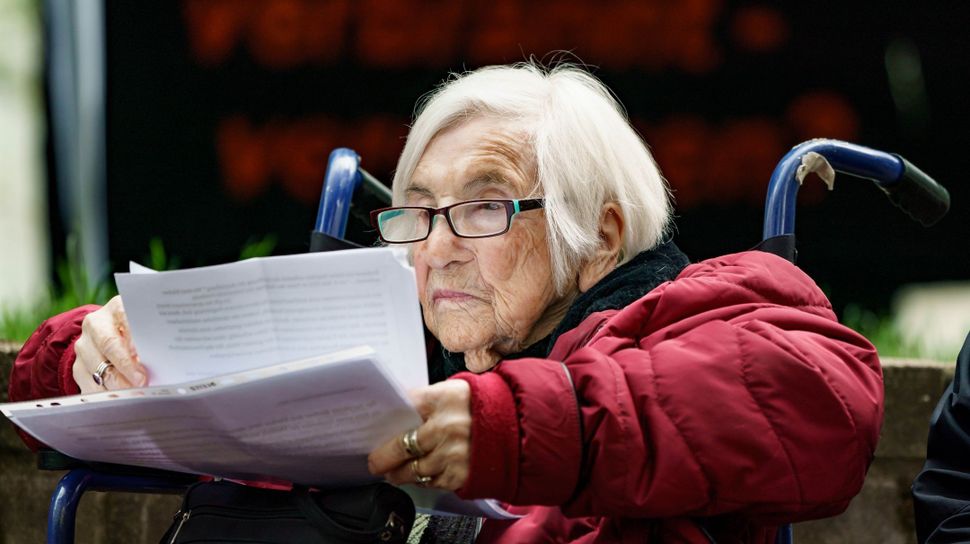 (JTA) — Esther Bejarano played music while she watched fellow Jews marched to their deaths, and then used it decades later to make sure the crimes she suffered and witnessed would never be repeated.

Bejarano, a member of the so-called Auschwitz orchestra, died peacefully Saturday at the Jewish hospital in Hamburg. She was 96.

On Sunday, crowds gathered at Platz der Bücherverbrennung in Hamburg, where she last performed, to honor her.

Bejarano, born Loewy, was born in 1924 in French-occupied Saarlouis, a town the Nazis reclaimed in 1935. After her sister and her parents were killed by Nazis, Bejarano was working hard labor at Auschwitz in 1943 when she heard there was a 40-woman orchestra at the camp and that they needed an accordionist. Trained as a pianist, she volunteered, although she did not know how to play the accordion.

The Nazi commandants established the orchestra to lull incoming Jews into false confidence. “You knew that they were going to be gassed, and all you could do was stand there and play,” she told Deutsche Welle in 2014.

She moved to Israel after the war and married and had children, and trained as a singer. She moved back to Germany in the 1970s, according to Deutsche Welle, because of her husband Nissim’s health. She chose Hamburg because she had no history with the city, although she could not help but wonder if passersby were among her persecutors.

“When I saw people who looked a bit older than me, I always wondered whether they had perhaps been the murderers of my parents and my sister,” she said. 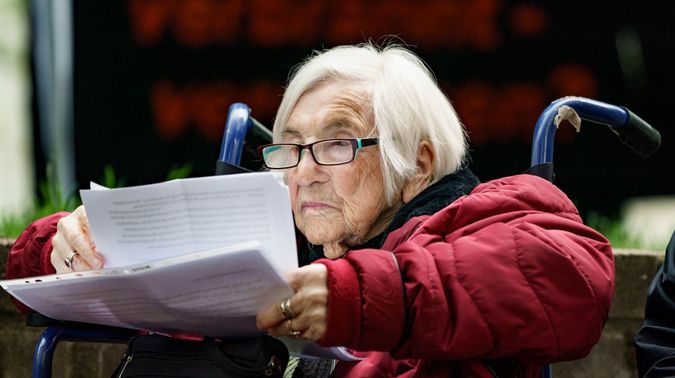 In 1986, alarmed by a resurgence of antisemitism in German, Bejarano helped found the Auschwitz committee to give survivors a platform to speak to youths and to media about their experiences.

“It is my revenge that I go to the schools, that I tell people what happened back then,” the BBC quoted her as saying. “So that nothing like that can ever happen again.”

She used music to spread the word. She formed a band called Coincidence, with her children, Edna and Joram, that played Yiddish melodies Jewish resistance songs. At times, she took up the accordion. In 2010, a popular German hip hop group, Microphone Mafia, approached her and asked her to team up to perform music with an anti-fascist message. Then 85, she readily agreed.

“It’s a clash of everything: age, culture, style,” Bejarano, told The Associated Press at the time. “But we all love music and share a common goal: we’re fighting against racism and discrimination.”

Bejarano criticized the settlement policies of recent Israeli governments, but said there was little room in Germany to articulate such complaints because of lingering Holocaust guilt.

She was a critic of Germany for not doing enough to stem attacks on the vulnerable, including immigrants, but was also beloved, receiving the country’s Order of Merit.

“We have suffered a great loss in her death,” the AP quoted German President Frank-Walter Steinmeier as saying.