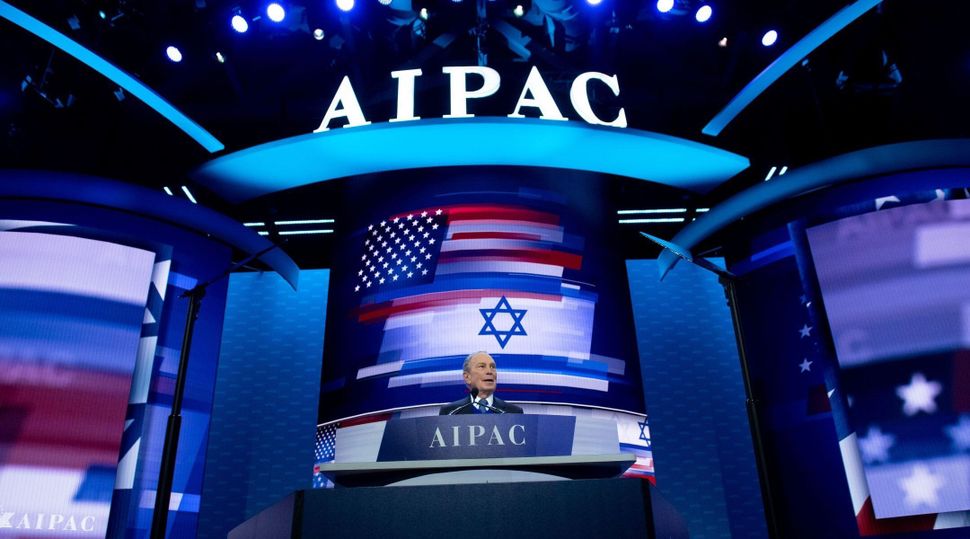 Mike Bloomberg was a Democratic presidential hopeful when he spoke at AIPAC’s 2020 policy conference in Washington, March 2, 2020. Photo by SAUL LOEB/AFP/Getty Images

WASHINGTON (JTA) — The American Israel Public Affairs Committee will not host a policy conference in 2022, the second consecutive year it has made the decision citing COVID-19 pandemic concerns.

“The health and safety of our conference delegates is our top priority each year,” AIPAC President Betsy Berns Korn said in an email late Monday that went out to AIPAC activists. “Unfortunately, there are still too many questions that remain unanswered to move forward responsibly, and thus we have made the decision to cancel the 2022 AIPAC Policy Conference.”

According to a source close to the pro-Israel lobby organization, the decision was made now because deadlines were looming to sign contractual agreements for conference space, hotels and other amenities. With the pandemic not fully under control, and with reports of spikes in more deadly variants elsewhere in the world, the source said that the risks of mounting a conference were too great.

“This decision may seem surprising as we appear to be entering a post-pandemic world,” Berns Korn said in her email. “However, with uncertainty around the continued spread of COVID, we still have a fragile and uncertain path back to normal travel and mass gatherings.”

AIPAC’s 2020 conference took place just as the pandemic accelerated and at least two of its participants were among the first to have contracted the virus.

Another concern, the AIPAC source said, was that activists may not be able to fully access congressional offices on the last day of the conference, when thousands of activists lobby in person for a three-point legislative agenda based on what AIPAC’s staff have determined are the most pressing needs of the year.

Unlike other Jewish groups, AIPAC this year opted not to run a conference online, instead focusing on a series of smaller online meetings throughout the year. The AIPAC sources said that some regional events may return to being in-person.