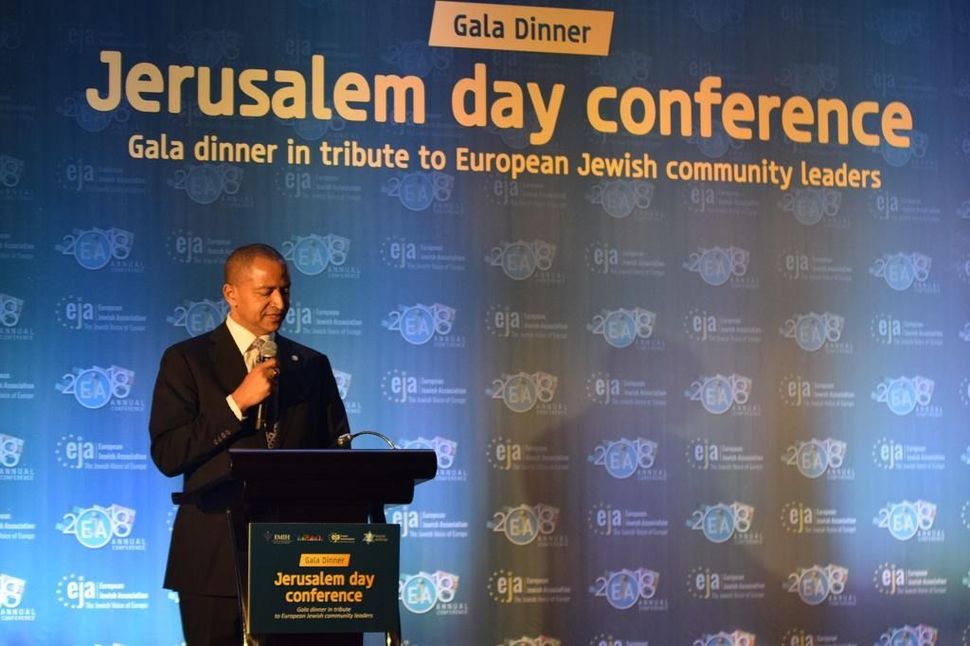 Lawmakers introduced a bill to the Democratic Republic of the Congo’s National Assembly which, if passed, would sideline popular candidate Moise Katumbi.

More specifically, the bill aims to ban anyone without two Congolese parents from running for the presidency. Katumbi is the only current major candidate for the 2023 election without such qualifications.

His mother was a member of the royal family of the Native Lunda people. But his father – Nissim Soriano – was a Greek-born Jew of Sephardic descent. He fled Musolini’s antisemitic racial laws enacted during the Italian occupation of Rhodes to what was then the Belgian Congo in 1938. By doing so, He escaped the fate of most Greek Jews of the era, nearly 90% of whom perished in the Holocaust.

Ultimately, Soriano emigrated to Israel where he lived until his death. During his previous career as a businessman, Katumbi was rumored to be a potential buyer of an Israeli soccer team. During his earlier foray into politics, as governor of the DRC’s mineral rich Katanga state, he also met with former Prime Minister Benjamin Netanyahu as part of a delegation of Congolese politicians.

Since the law’s introduction last week, it has been roundly panned by both Katumbi’s campaign and Jewish leaders abroad.

“This law is going to bring about discrimination,” a Katumbi spokesperson said. “Let the people vote. They should be allowed to choose their leaders – that’s democracy and not changing the law.”

The popular African candidate has often likened himself to former U.S President Barack Obama. “If America had such bad laws, Obama wouldn’t have been president,” the spokesperson added.

Rabbi Menachem Margolin, chairman of the European Jewish Association, also spoke out against the bill. “It is an outrage that in 2021 a person can be disqualified for having a Jewish parent. This is a cynical political move aimed at manipulating the will of the people and imposing on them candidates they don’t want,” he said. “This is a repeat pattern of DRC politics and the reason for the fate of this poor country. Anyone who cares about the future of Africa should fight this dangerous bill to make sure that Congo will hold fair elections for the first time in its history.”

Katumbi was also prevented from running in the country’s 2018 elections, when President Joseph Kabila blocked him from entering the country, thus missing the chance to submit his name in time for the election.