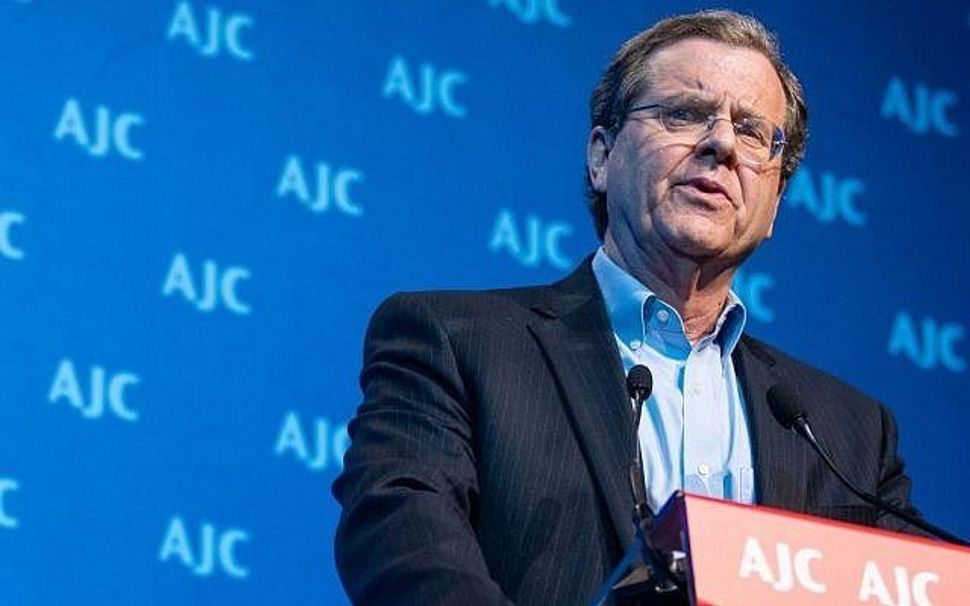 David Harris, the longtime chief executive of the American Jewish Committee, announced on Thursday that next year he will be stepping down as head of one of the oldest Jewish advocacy groups in the country.

Harris, 71, joined the organization in 1979 and became its executive director and CEO in 1990.

“Now, after more than three decades, I believe it’s time to pass the baton to a successor, as our Jewish story, I’ve always thought, is a kind of relay race,” Harris said in a statement.

Harriet Schleifer, AJC’s president described Harris as a “tireless visionary and a passionate advocate for world Jewry, the State of Israel, and democratic values.”

His successor will be selected before the next annual AJC Global Forum in Washington, D.C. in May 2022.