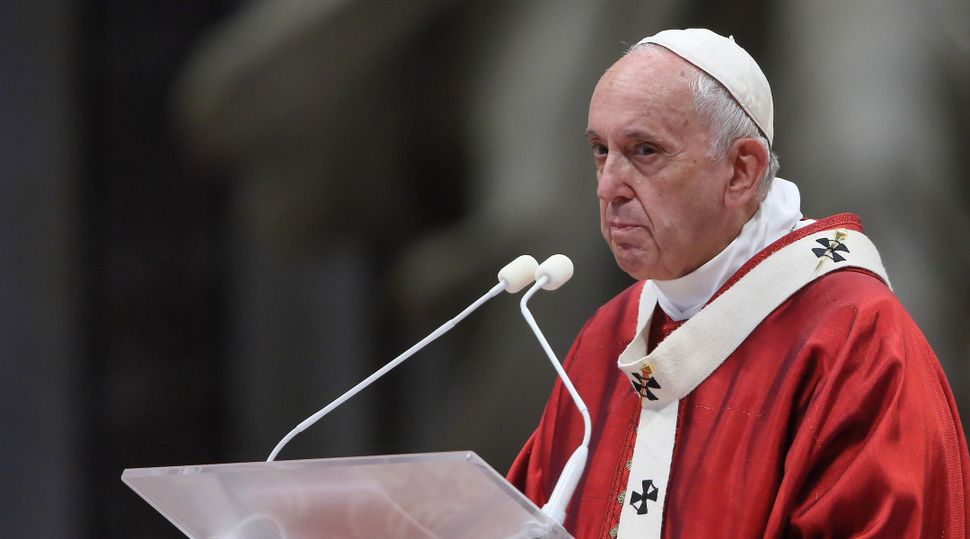 (JTA) — Pope Francis has restricted the use of the Latin Mass, a form of the liturgy favored by traditionalist Catholics that calls for the conversion of the Jews and, until 2008, included a reference to Jewish “blindness.”

Francis’ declaration, made Friday, is a repudiation of an earlier decree by his predecessor, Pope Benedict XVI, who in 2007 made it easier to use the Latin Mass. At the time of that declaration, Jewish groups expressed concern because the Latin Mass recited on Good Friday included a “prayer for the Jews” that called for their conversion to Christianity and referred to the Jews’ “blindness.”

Jewish groups worried at the time that Benedict’s decision signified a retreat from the Second Vatican Council, or Vatican II, which declared in a 1965 document known as “Nostra Aetate” that the Jews were not guilty of killing Jesus, and condemned antisemitism. Accusations that the Jews killed Jesus have long motivated antisemitic attacks.

In 2008, Benedict reaffirmed his commitment to Nostra Aetate and omitted the word “blindness” from the Good Friday prayer.

Francis said he was restricting use of the Latin Mass out of concern that those who favor it also reject Vatican II, according to the Associated Press. Vatican II made a number of sweeping changes to Catholic ritual and practice — including allowing for Mass to be recited in the vernacular. A faction of Catholics who split from the Church over Vatican II had continued reciting the Latin Mass before Benedict’s declaration.

Now, in order to use the Latin Mass, priests must get permission from their local bishop, who must also make sure that those using the Latin Mass accept Vatican II.