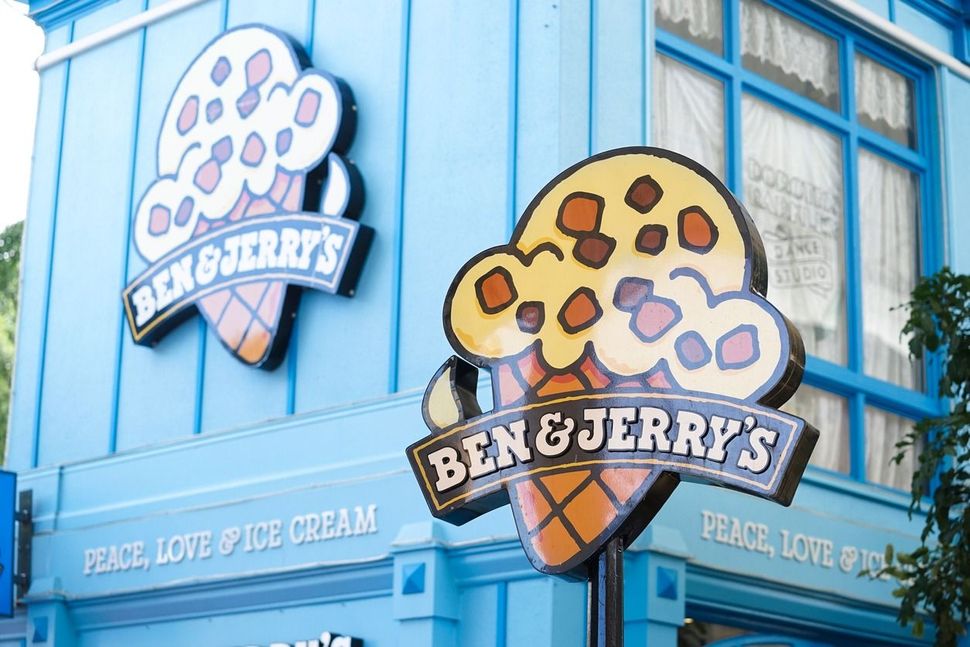 Ben & Jerry’s announced Monday that it would end sales of ice cream in the Israeli settlements in the West Bank, following “concerns shared with us by our fans and trusted partners.”

“Although Ben & Jerry’s will no longer be sold in the OPT [Occupied Palestinian territories], we will stay in Israel through a different arrangement. We will share an update on this as soon as we’re ready,” it added.

The Vermont-based ice cream company, which launched in 1978, has long been associated with progressive values. Last year, following the murder of George Floyd, the company added a special section of its website devoted to combating white supremacy.

But until now, Ben & Jerry’s had conspicuously refrained from weighing in on Israeli-Palestinian affairs. So while it has readily marked the anniversary of the Supreme Court’s landmark Brown v. Board of Education ruling barring school segregation in the 1950s and condemned the Jan. 6 U.S. Capitol attack as a riot for white supremacy, the company did not mention Israel or Palestine even as the flare-up in May grabbed headlines around the world.

Ben & Jerry’s will end sales of our ice cream in the Occupied Palestinian Territory. Read our full statement: https://t.co/2mGWYGN4GA pic.twitter.com/kFeu7aXOf3

The criticism of the brand over its silence on the Israeli-Palestinian conflict coalesced on May 19 with a call by a social justice group called Decolonize Burlington in Vermont for Americans to boycott the company, according to the Burlington Free Press. Local activists have been lobbying against Ben & Jerry’s Israel ties since at least 2012. Ben & Jerry’s hasn’t posted on its social media accounts since June, when it was bombarded with criticism for licensing a factory in Israel which provides Israeli settlements with products.

In its statement, Ben & Jerry’s also said: “We have a longstanding partnership with our licensee, who manufactures Ben & Jerry’s ice cream in Israel and distributes it in the region. We have been working to change this, and so we have informed our licensee that we will not renew the license agreement when it expires at the end of next year.”

The Israeli Ben & Jerry’s, the brand’s only independent licensee, is widely popular. It has produced special flavors for holidays, such as haroset for Passover and “mixed-up” for this spring’s national election, and last year held a Purim costume party whose prize was a six-month supply of ice cream.

Foreign Minister Yair Lapid upbraided Ben & Jerry’s, calling its decision a “shameful surrender” to BDS and to antisemitism. Lapid noted that many states in America have laws against sanctioning Israel, and promised to demand they implement these laws against the Vermont company. “We will not stay silent,” Lapid said.

Lapid’s Foreign Ministry said in a statement that the Ben & Jerry’s decision was a “willing cooperation with economic terrorism led by the boycott movement, an anti-Israeli movement tinted with antisemitic hues.

“It is a discriminatory and immoral decision that singles out Israel, harms both Israelis and Palestinians, and gives a tailwind to extremist, thuggish groups. This decision not only does not advance peace and the solution of the conflict, but strengthens the opponents of reconciliation between the two peoples and those who call for the destruction of the State of Israel.”

In response to Ben & Jerry’s announcement, the Yesha Council, an umbrella organization of the Israeli settlements in the West Bank, said it hopes Ben & Jerry’s backtracks on its decision, and in the meantime urged Israelis to buy local ice cream instead of Ben & Jerry’s. “In the hot summer days, we urge Israelis around the country to eat delicious, sweet Israeli ice cream. There’s no need to buy products from companies that boycott hundreds of thousands of citizens of the State of Israel because of where they chose to live,” they said in a statement.

“We hope that the Ben & Jerry’s company will walk back this discriminatory decision, which brings a bitter spirit to such a sweet area.”

David Ha’Ivri, of the Samaria Regional Council, told Haaretz: “I don’t tend to mix ice cream and politics. Currently Ben & Jerry’s ice cream is available in local supermarkets. Sometimes we buy their products and take home even though they are substantially more expensive than local brands. If they choose to pull out of our stores it will be their loss and gain only to their competition.”

Americans for Peace Now, the U.S. sister organization to Israel’s left-wing Peace Now, praised the move, congratulating Ben & Jerry’s “for making a principled distinction between sovereign Israel and Israeli settlements in the occupied West Bank, which are illegal and illegitimate.”

The American Israel Public Affairs Committee — the most powerful pro-Israel organization in Washington — sharply criticized the “discriminatory” move. “It is against the interests of peace and reconciliation to launch a one-sided boycott when it is the Palestinian leadership that refuses to come to the negotiating table with Israel,” an AIPAC spokesperson told Haaretz.

JTA contributed to this article.