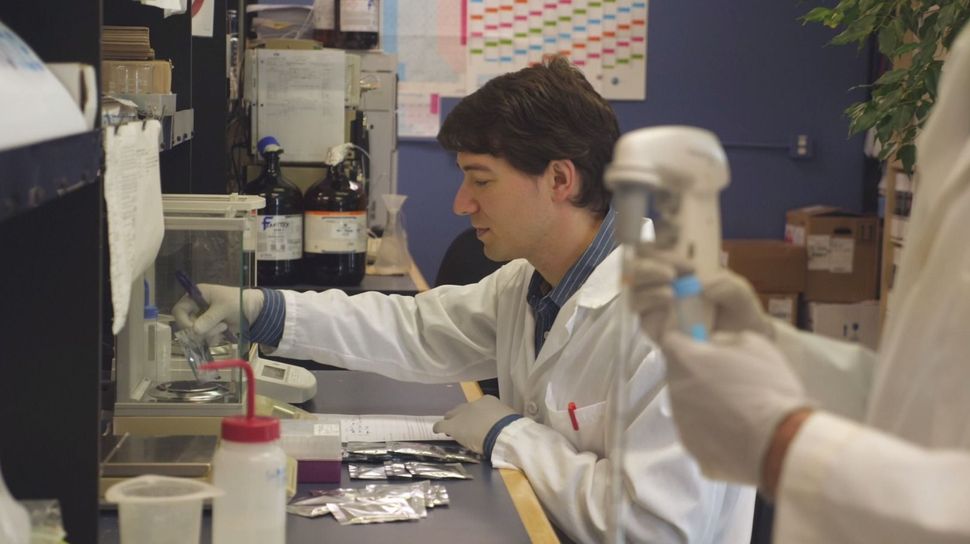 SaNOtize tests the nasal spray at their lab in Vancouver. Courtesy of SaNOtize

Enovid, a new nasal spray that counteracts SARS-CoV-2, among other viruses, is now on sale in Israel. 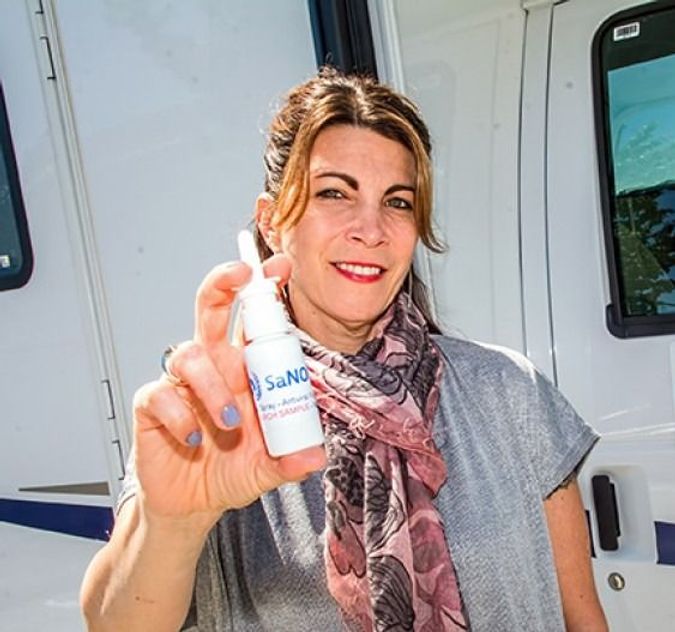 Although Israel approved Enovid as a medical device with a claim to protect from viruses, Phase II clinical trials in the United Kingdom found statistically significant evidence that the spray can prevent the transmission of the coronavirus and reduce the viral load and severity of symptoms in those already infected with the virus.

Developed by SaNOtize, a Canadian biotech startup co-founded by Israeli scientist Dr. Gilly Regev and Dr. Chris Miller, the spray has also been approved for sale in Bahrain.

Marketed as a “hand sanitizer for the nose,” SaNOtize’s laboratory testing of Enovid found it capable of killing 99.9% of live viruses within two minutes. When it went on sale this month, its initial stock of supplies sold out of Israeli pharmacies in two days, Regev said.

“I really hope this is a good case study to show the world what a product like this can do,” Regev told the Forward.

SaNOtize has not yet tested Enovid on the Delta variant specifically. However, Regev expects the nasal spray to work against it. “It’s a general antiviral. We tested it on influenza, we tested it on rhinovirus, we tested it on RSV,” she said. “It works on all these viruses and their variants. There’s absolutely no reason to believe it’s not going to be effective against the Delta [variant] as well.”

Each bottle, which costs approximately $42, contains enough of the nasal spray for one adult to administer it twice a day for one month. SaNOtize is actively trying to cut production costs and lower the price, Regev said.

With interest in Enovid from around the world, SaNOtize is preparing to scale up manufacturing. Regev anticipates that the product will be approved for sale in many other countries within the next few months, she said. 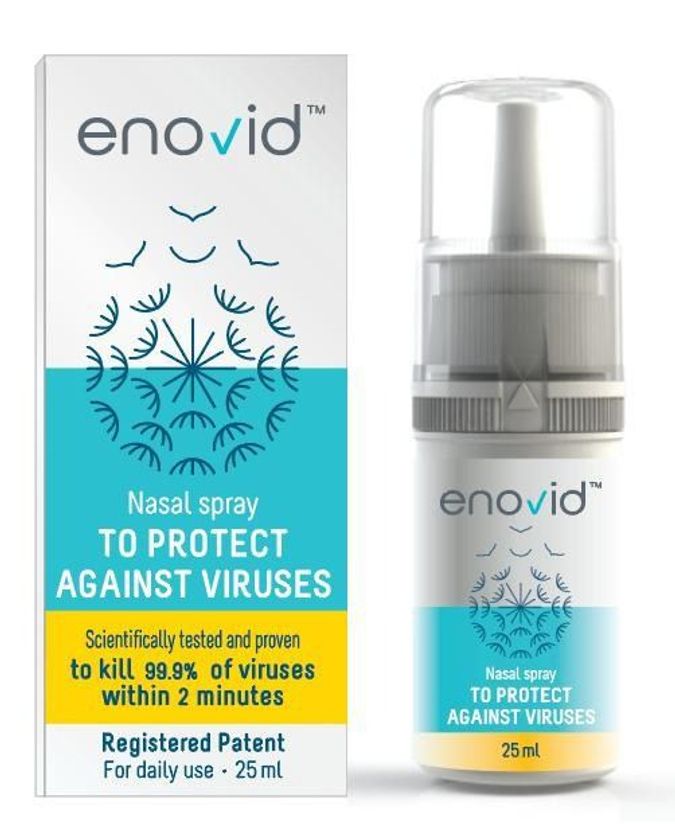 Enovid, an antiviral nasal spray, is now on sale in Israel. Courtesy of SaNOtize

The ingredients in Enovid combine to release nitric oxide, a substance that kills viruses in the nasal passages. “All components are used widely in the food industry and have a very strong safety profile,” Regev said.

Regev and Miller initially started developing liquid formations of nitric oxide 13 years ago with the goal of creating a flu preventative, which was difficult to prove was effective, Regev said. They had moved on to developing treatments for chronic sinusitis and diabetic foot ulcers, but returned to the antiviral nasal spray idea at the start of the pandemic.

Regev sees the antiviral nasal spray becoming part of a typical hygiene routine, as hand sanitizer has. “Some people will only use it when they’re on a flight or at a concert or on a train with many people, but some will really adopt it as a daily routine to prevent getting sick.”

Having used the nasal spray herself for the past few years, Regev had anecdotal evidence of its efficacy before the clinical trials. “I used to get sick after every flight. I just started using it as a routine when I got on the plane and when I got off the plane, and I stopped getting sick,” she said.

Currently in the midst of two Phase III clinical trials, SaNOtize is testing whether Enovid can reduce hospitalizations. “The goal is for us to collect all the data and show that this is really effective. We do know that it kills viruses, and we do know that the infection starts in the nose. We do know that we’ve already reduced viral load in humans in the nose,” Regev said. “We’ve got quite a lot of data but we can keep collecting data.”