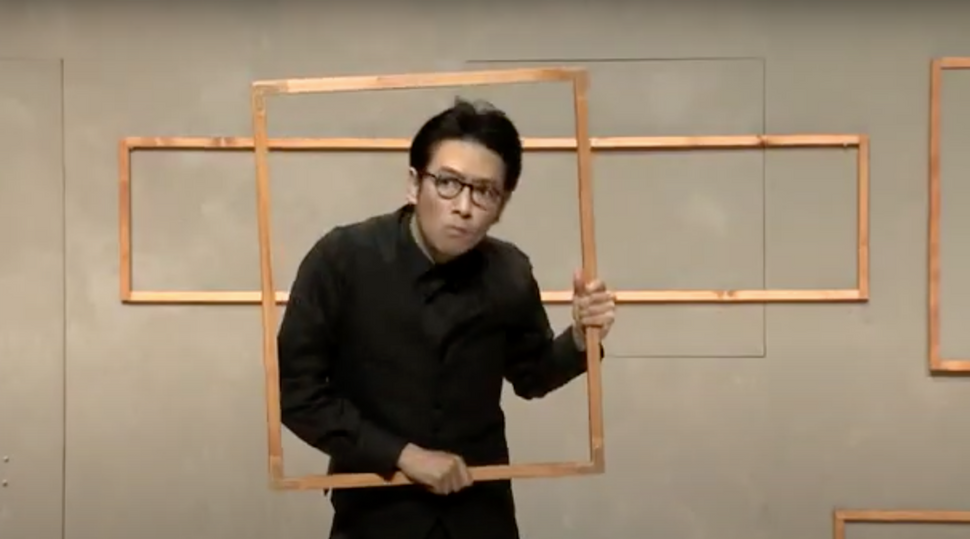 Kentaro Kobayashi is a standup comedian, actor and dramaturge. (Screenshot from YouTube)

(JTA) — The creative director of the Tokyo Olympics opening ceremony has been fired after a Holocaust joke he made during a 1990s comedy skit drew attention this week.

Kentaro Kobayashi, a popular comedian and actor, joked during a television appearance in the 1990s, “Let’s play the genocide of the Jews,” according to a video that began circulating early Wednesday.

By the end of the night, he had been fired — less than 48 hours before the opening ceremony for the beleaguered Olympics, which was rescheduled from 2020 because of COVID-19.

Kobayashi is the second Tokyo Olympics creative director to be fired over offensive comments. His predecessor was fired in March for mocking the weight of a female comedian. The composer for the opening ceremony stepped down this week amid revelations that he had bragged about abusing a child with disabilities.

Seiko Hashimoto, who became the Tokyo Olympics’ committee president in February after her predecessor stepped down over past sexist comments, said she regretted not moving faster in other cases and sought to move swiftly in evaluating Kobayashi’s comments. “As soon as possible we decided we will have to address the issue and we decided on the dismissal,” she said, according to tweets from New York Times reporter Motoko Rich.