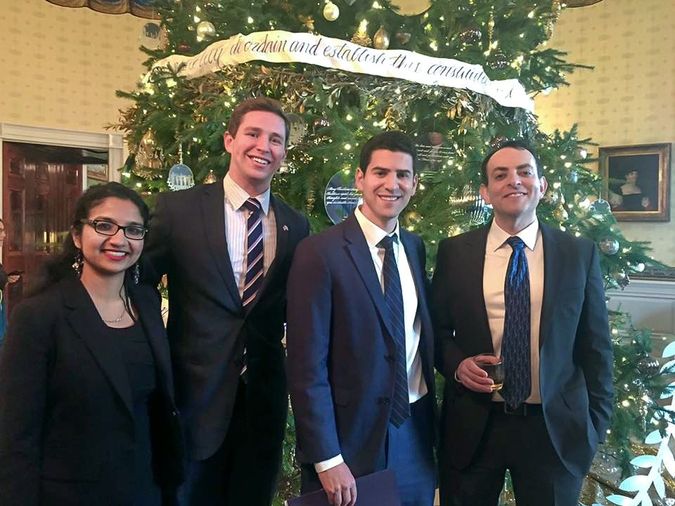 President Joe Biden has picked Chanan Weissman as the administration’s liaison to the American Jewish community, a position he held in the Obama administration and one of the highest profile jobs at the intersection of American Jewry and government, sources familiar with the decision confirmed.

Weissman, 37, currently a staffer on the National Security Council, served as Jewish liaison in the last year of former President Barack Obama’s second term and prior to that was a spokesperson for the State Department’s Bureau of Democracy, Human Rights and Labor. He remained in government during the Trump administration, returning to the State Department to head the Internet Freedom and Business & Human Rights Section. On the NSC, he is director for technology and democracy.

The Jewish liaison, dating back to the Kennedy administration, is charged to maintain relations with the American Jewish community . Since 2001, the liaison has also managed the guest list to the White House’s annual Hanukkah receptions.

Former President Donald Trump did not fill the position. His son-in-law, Jared Kushner, deeply tied to the Orthodox Jewish community in the tri-state area, took the lead in handling Jewish relations with his staff.

Weissman, who earned his master’s degree from Georgetown University’s School of Foreign Service and his bachelor’s degree from the University of Maryland, is the third Orthodox Jew to hold this position and the only to do so in a Democratic administration. Tevi Troy, a historian and author, served under George W. Bush; and Marshall Breger, a law professor at the Columbus School of Law, was the liaison under Ronald Reagan.

Last month, the Biden administration faced criticism from representatives of major Jewish groups for lack of outreach to the Orthodox, Conservative and Reform movements. Troy said that while there are Jews in senior positions in the West Wing, including White House chief of staff Ron Klain, a dedicated liaison is still necessary.

“The Jewish community is probably more well organized, more knowledgeable about the issues than we’ve ever been in the past,” Weissman said during a panel discussion at the Jewish Federations of North America’s General Assembly in 2016. “As a result, it’s important to develop as many relationships as possible with all these different various organizations.”

Weissman added then that in the short time as liaison he reached out to important interlocutors within the Jewish community regardless of their views on the policies and positions of the administration.

“Whether you agree with them or not, there needs to be a conversation,” he said. “And don’t allow your political differences to prevent you from building those bridges.”

Matt Nosanchuk, who preceded Weissman for the first three years of Obama’s second term and who recruited him as his replacement, said Weissman is “a superb choice to fill this important role.”