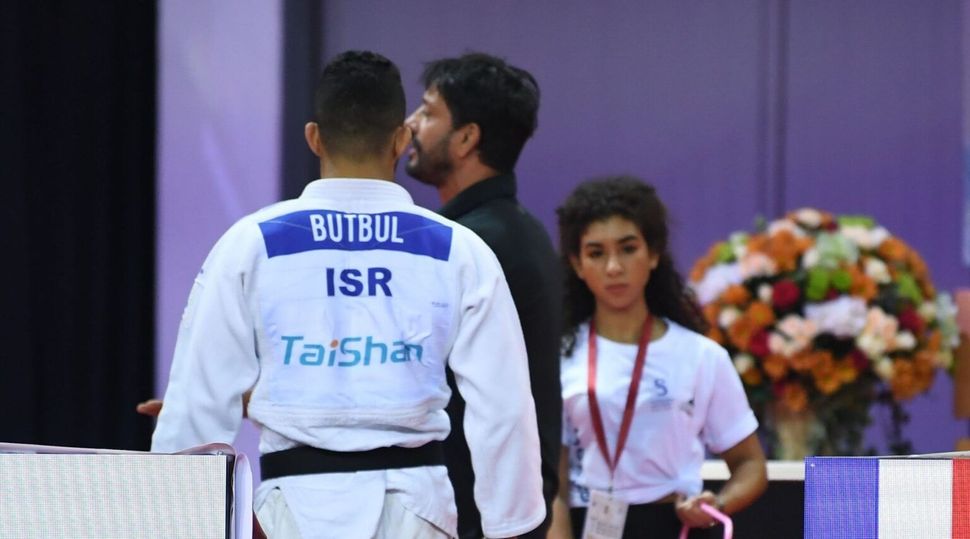 (JTA) — An Algerian judoka reportedly pulled out of the Olympics on Thursday after seeing his tournament draw, which would have pitted him against an Israeli opponent in the second round.

“We were not lucky with the draw. We got an Israeli opponent and that’s why we had to retire. We made the right decision,” Fethi Nourine’s coach told Algerian media.

Nourine would have had to face Tohar Butbul in the under 73 kg division. He similarly pulled out of the 2019 World Championships in order to avoid Butbul, according to The Times of Israel.

Nourine is not the first athlete to intentionally evade an Israeli judoka. Iran’s judo federation has long forced its athletes to throw matches to avoid competing against Israelis. The International Judo Federation banned the Iranian team from international competition for a few days this spring over the policy but reinstated them on March 2.

At the 2016 Games in Rio, an Egyptian judoka refused to shake hands with Israeli Ori Sasson after losing to him. Sasson would go on to win a bronze medal in the over 100 kg group.

Butbul is one of several judokas on the impressive Israeli squad, which has a chance of taking home some medals in the sport during the Tokyo Games.