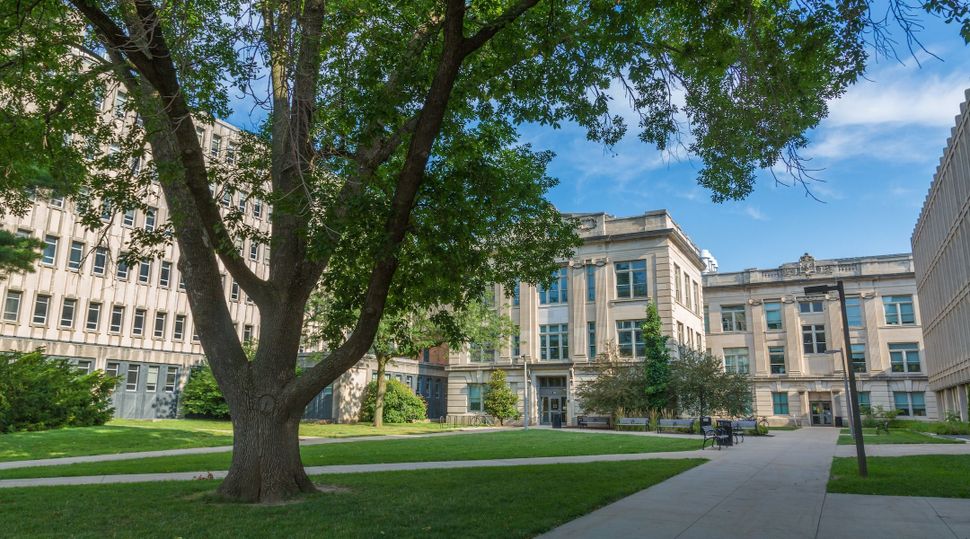 A view of the University of Iowa campus. The school was the site of a heated debate over antisemitism and anti-Zionism this year. Courtesy of Wikipedia Commons

(JTA) — Over the last year, Jewish college students took it upon themselves to combat antisemitism at their schools. Now, two major Jewish organizations are working together to play a stronger role in fighting antisemitism on campus.

Some of the student activists documented incidences of antisemitism at colleges nationwide, often submitted anonymously, while others have taken a confrontational tone on social media. With some  portraying themselves as the ideological successors to early Zionist activists, the students often argue that anti-Zionism and antisemitism overlap.

In a new partnership, Hillel International and the Anti-Defamation League are aiming to take a more traditional approach to the same issues — one that they say will not always treat anti-Israel activity as antisemitism.

Hillel and the ADL will together create a college-level curriculum on antisemitism and jointly document antisemitic incidents on campuses in the United States. But not every student government resolution endorsing the movement to Boycott, Divest from and Sanction Israel, known as BDS, will wind up in the groups’ database.

“Anti-Israel activism in and of itself is not antisemitism,” an ADL spokesperson told the Jewish Telegraphic Agency. “Situations vary widely with BDS, we will carefully evaluate each one and make a determination based on our criteria for antisemitism.”

For example, the ADL spokesperson told JTA, a BDS resolution alone would not count as antisemitism, “but if a student was excluded from the debate because he or she was Jewish, then it might be counted.”

The Hillel-ADL partnership, which will begin in the coming academic year, follows a spike in reported antisemitic incidents on campus. In the school year that ended in 2021, the ADL tallied 244 antisemitic incidents on campuses nationwide, an increase from 181 the previous school year. Hillel has a presence on more than 550 campuses and says it serves more than 400,000 students.

Accusations of antisemitism on campus have received significant attention from large Jewish organizations for years. Some Jewish leaders have long said anti-Zionist activity on campus constitutes antisemitism, especially as a string of student governments endorsed BDS.

Hillel International prohibits partnerships with, and the hosting of, campus groups that support BDS. Anti-Zionist groups have at times targeted Hillel; last week, Students for Justice in Palestine at Rutgers University criticized the school’s Hillel in a statement endorsed by other campus groups.

In addition, the ADL has documented white supremacist propaganda campaigns on campuses nationwide.

Multiple national groups have filed complaints with the Department of Education’s Office of Civil Rights based on campus antisemitism allegations. In 2019, President Donald Trump signed an executive order mandating “robust” enforcement of civil rights protections for Jews on campus and including some anti-Israel activity in the definition of antisemitism. Pro-Palestinian activists said the order would have a chilling effect on free speech on campus.

The ADL and Hillel International plan to develop a curriculum about the history of antisemitism and how it manifests currently. They will also survey schools nationwide to provide a better picture of the state of antisemitism on campus, and will create a dedicated system to tally incidents of antisemitism at colleges and universities, including a portal for students to report incidents confidentially.

The ADL did not detail how it would verify whether confidentially submitted incidents actually occurred, beyond telling JTA they would be judged by the methodology the group uses in its annual audit of antisemitic incidents. The methodology states that “ADL carefully examines the credibility of all incidents, including obtaining independent verification when possible.”

In recent months, the student activists have formed their own organizations to further their online activism, called the New Zionist Congress and Jewish on Campus. The New Zionist Congress hosts an online book club and discussions about Zionism, while Jewish on Campus records stories of college antisemitism on its Instagram account, which has posted more than 400 times and has 32,000 followers.

The ADL said its partnership with Hillel would “complement” student activism and that the group “will firmly support well-meaning student-led efforts to push back against antisemitism on campus.”

The effort with Hillel is also the third partnership with an external organization that ADL has announced in the past two weeks. It recently launched a partnership to combat antisemitism with the Union for Reform Judaism, and last week began an initiative with PayPal to research how extremists use online financial platforms.

—
The post The Anti-Defamation League and Hillel are now working together to document antisemitism on campus appeared first on Jewish Telegraphic Agency.