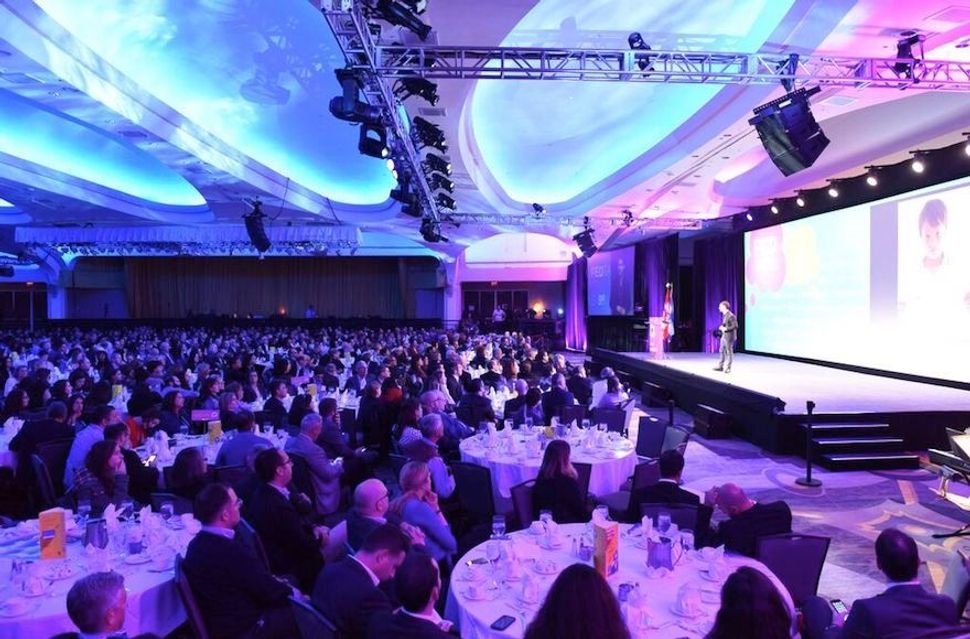 A view of the crowd at the Jewish Federations of North America General Assembly, Nov. 10, 2015. Courtesy of jfna

(JTA) — The Jewish Federations of North America has canceled the in-person portion of its signature annual event, the General Assembly, citing the coronavirus.

The umbrella group for local federations had planned to combine online and in-person events, but told participants this week that it was canceling the latter for the expected 500 participants.

Events last year were held online only, but Jewish Federations until the recent spike in coronavirus cases had hoped to reemerge into in-person events. Instead, the events Oct. 4-5 will take place online.

“The health and safety of our participants is of the utmost importance to us, and we believe canceling the in-person component of the GA is the best and most prudent decision at this time,” said an email sent this week to participants pledging reimbursements to those who had already paid.

Two years ago, Jewish Federations pivoted from the come-one, come-all model that had characterized the General Assembly for decades, drawing about 3,000 participants, to an invitation-only “lab” template that would focus more intensely on two or three issues.

Other Jewish organizations are proceeding cautiously as well. AIPAC, the pro-Israel powerhouse, canceled its annual policy conference in March and also in March next year.