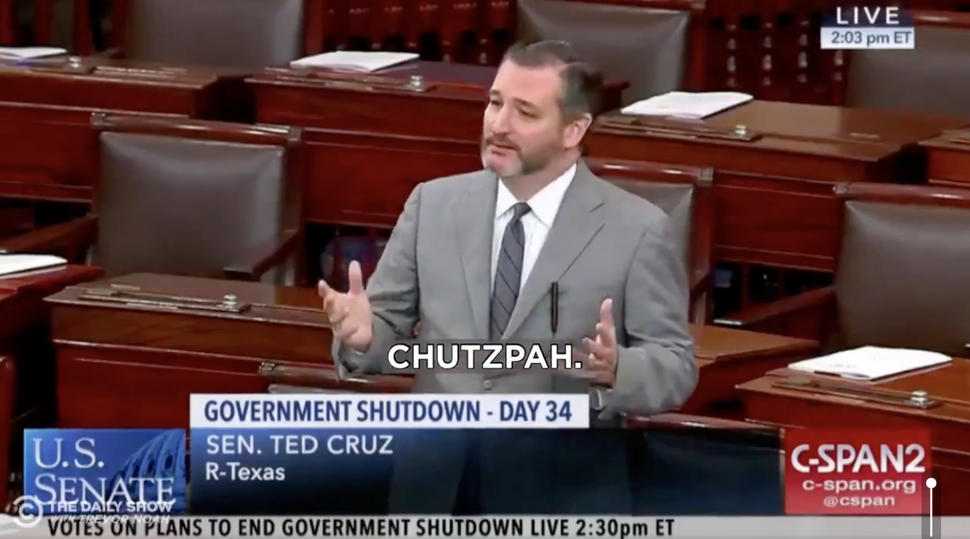 The Republican Texas senator’s frequent use of the Yiddish word for gumption caught the ear of Trevor Noah, host of “The Daily Show,” the nightly comedic take on the news. On Thursday night, Noah’s show aired a compilation of clips of Cruz using the word in various contexts — from explaining its meaning to Fox News hosts to accusing President Joe Biden of having too much of it.

Noah even pulled in a clip of Jewish comedian Larry David at the end, telling Cruz, too impolitely to republish, it was enough already. The segment was the popular show’s “Moment of Zen” for the night.

On Friday, Cruz extended his Yiddish language showdown with Noah, shooting back with a different, and dare we say, chutzpadik, Yiddish word: