Marc Stanley, a top Jewish Democratic fundraiser who survived a horrific bike accident last year, was nominated on Friday as the Biden administration’s ambassador to Argentina — which has the largest Jewish population in Latin America. 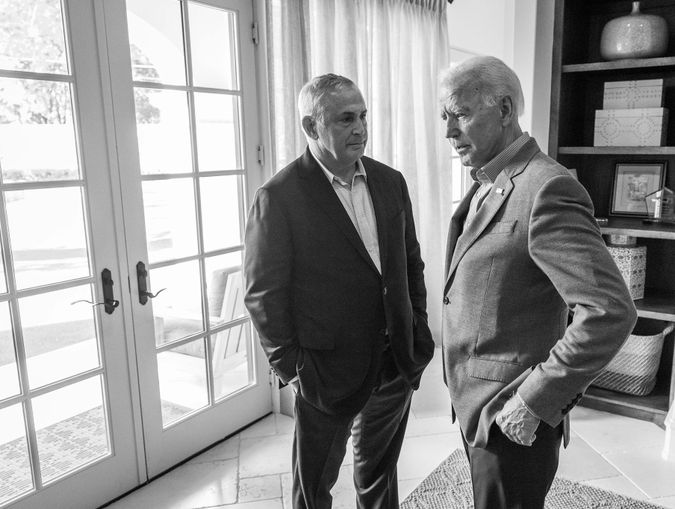 A Dallas trial lawyer, Stanley was an early supporter of Joe Biden’s bid for president in the 2020 Democratic primary and chaired “Lawyers for Biden,” recruiting thousands of attorneys to donate money and legal services. He is a past chairman of the National Jewish Democratic Council, a co-founder of the Jewish Democratic Council of America and served as a council member of the United States Holocaust Memorial Museum.

Stanley’s nomination comes after a remarkable recovery from a serious accident in the final months of the presidential campaign. Last August, he suffered facial and head injuries while riding an electric bike on vacation in Park City, Utah. Doctors, family and friends worried that physically and mentally, he might never be the same.

Stabilized in Utah, Stanley was flown to Dallas where he underwent reconstructive facial surgery and made a full recovery.

“Miraculous,” is what Steven Rabinowitz, a Washington-based media strategist who has known Stanley for more than three decades, called his recuperation. FaceTiming with Stanley while he was undergoing treatment was “both tragic and wonderful at the same time,” said Rabinowitz, who called him a “mensch’s mensch” who was determined to get back to work.

Stanley expressed an interest in serving in the Biden administration to this reporter following November’s election.

He’s a “born diplomat,” said Daniel Shapiro, a former U.S. ambassador to Israel. “He’s articulate and persuasive, an excellent negotiator, and he has an infectious enthusiasm that draws people to him.”

Stanley, who has served in leadership positions in dozens of local and national charitable and civic organizations, is also a member of Israel Policy Forum’s executive committee, “I look at him as a gifted, talented and capable person with a great sense of humor,” said Susie Gelman, chair of the Israel Policy Forum.

Gelman said that given the large Jewish and pro-Israel community in Buenos Aires, Stanley will be able to continue his work on issues relating to the Jewish community and Israel. “It’s the way he will represent the United States in bringing his personality and passion to the job,” she said. The Argentine capital is home to about 159,000 Jews according to the 2018 Jewish World Population Study.

The White House did not make Stanley available for an interview, but in a statement Stanley said he was honored by the nomination and looked forward to his hearing before the Senate Foreign Relations Committee.