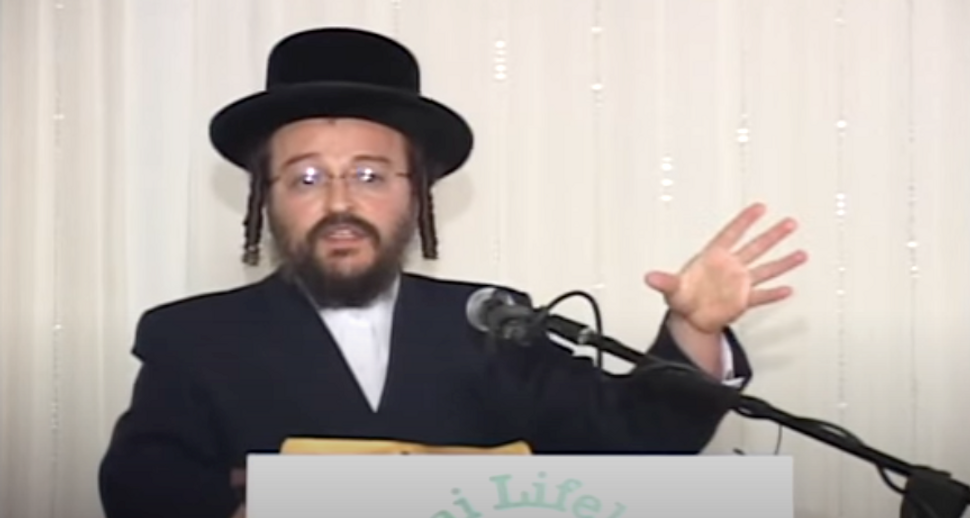 A rabbi sexually assaulted children while he was supposed to be treating them for mental health issues, and the prominent Jewish institutions he worked for covered it up, claims a lawsuit filed in New York August 13.

Rabbi Yaakov David Klar allegedly carried out his abuse while he was a social worker at Chai Lifeline, a national Jewish social services provider, and as a teacher at the Pupa Cheder in Monsey, N.Y., also known as Yeshiva Kehilath Yaakov, whose building also houses co-defendants Yeshiva Tzion Yosef and Cheder Chabad. (The principal of Cheder Chabad, Rabbi Levi Kaplan, said in an email Friday afternoon that Klar did not work for the school.)

Klar allegedly began years of abuse of the plaintiff in 2002, when the lawsuit alleges the defendants already knew or should have known of the rabbi’s predatory history.

After other people at those institutions reported earlier assaults, the lawsuit alleges, the defendants continued to allow Klar to be around children.

Only later did they enter a “secret arrangement” to allow Klar to leave quietly — and they never reported his suspected actions to the authorities, according to the lawsuit.

The lawsuit says the plaintiff, identified as John Doe, has suffered physical, emotional, and psychological damage as a result of Klar’s actions, and seeks monetary compensation from Klar, Chai Lifeline and the yeshiva.

While the lawsuit does not say when the institutions parted with Klar, a 2016 article in the New York Jewish Week identifies Klar as the co-associate director of Project C.H.A.I., Chai Lifeline’s crisis intervention, trauma and bereavement hotline.

The lawsuit says Klar used his position of trust to take advantage of children he knew were especially vulnerable.

Doe had “serious mental health issues” at the time, according to the lawsuit, which is why he was receiving treatment from Chai Lifeline.

“Despite [Klar]’s full knowledge and awareness that the Plaintiff had serious mental health issues, [Klar] criminally sexually assaulted the Plaintiff, and exposed the Plaintiff and other children and personnel to an increased risk of harm, all in a wanton and reckless disregard of the child’s, students, and/or patients’ safety,” the lawsuit says.

While the school’s willful ignorance of prior assaults has not been demonstrated the way it might with a full discovery process, the plaintiff’s attorney, Darren J. Epstein, said that abusers in other cases frequently receive such shelter from their institutions.

“Not just in yeshivas — we’re talking about Catholic churches, Episcopal churches, public schools,” Epstein said. “In all these scenarios, we have found that there have been complaints that have been made about individual perpetrators and nothing was done about it.”

When the Forward called Klar at his home for comment, the person answering the phone said he was unavailable. Calls to Chai Lifeline and the yeshiva on Friday afternoon went to voicemail.

With the lawsuit filed, the defendants now have time to put in an answer or a motion. If the case is not settled or dismissed during that period, it will proceed to the discovery phase.