Barbra Streisand sets another record: A top 20 album in every decade since the 1960s 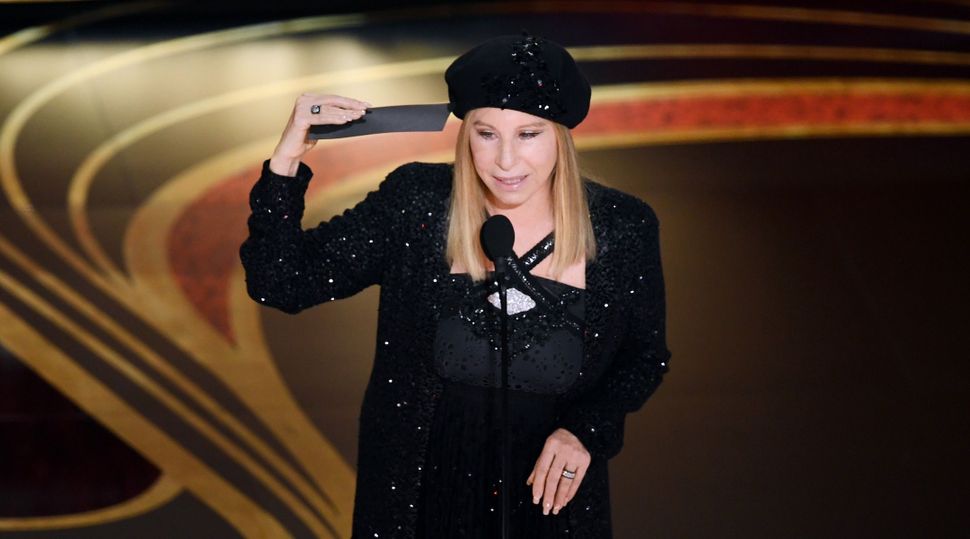 (JTA) — Barbra Streisand has become the only woman to record a top 20 album on the Billboard charts in every decade from the 1960s to the 2020s.

The only other person to achieve that feat is Bob Dylan.

Streisand’s latest album, “Release Me 2,” came out Saturday and debuted at number 15 on the Billboard charts, Billboard reported. The album features archival recordings as well as duets with Willie Nelson and Kermit the Frog.

Her first album to chart in the top 20 was her self-titled “Barbra Streisand Album,” which debuted at the 17th spot 58 years ago, in 1963. She is also the woman with the most albums to chart in the top 40, with 54. That’s more than twice as many as the runner-up, Aretha Franklin, who had 26. That record is held by Frank Sinatra, who had 58.

—
The post Barbra Streisand sets another record: A top 20 album in every decade since the 1960s appeared first on Jewish Telegraphic Agency.

Barbra Streisand sets another record: A top 20 album in every decade since the 1960s