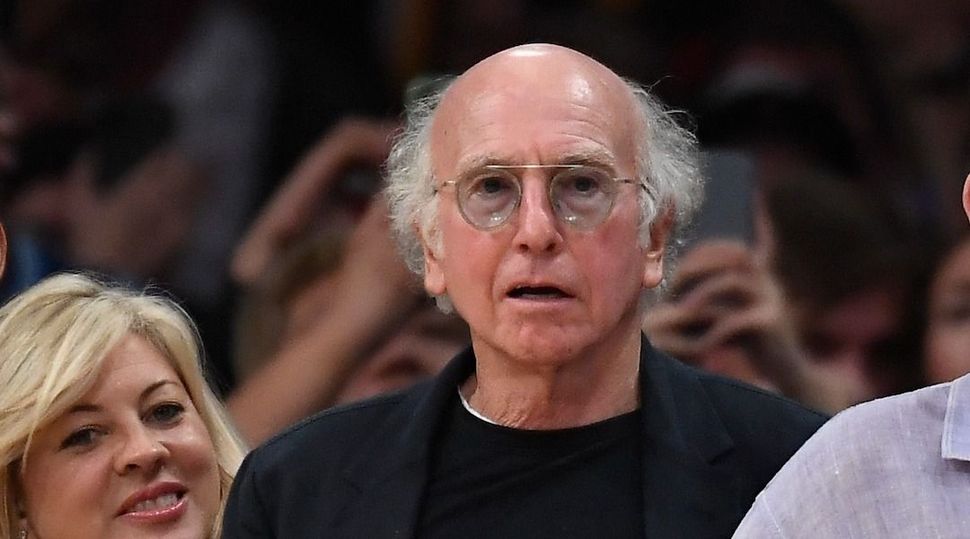 (JTA) — Will there be a Martha’s Vineyard episode, and if there is, who plays Alan Dershowitz?

The pandemic-delayed 11th season of Larry David’s signature misanthropic series, “Curb Your Enthusiasm,” is set to debut on HBO in October, the show announced today via social media.

“You’re allowed to be happy, but not in front of me,” the post read Monday, above a production photo of David hoisting up a small dog.

HBO announced in June 2020 that it was renewing the series, but did not announce a debut date because of delays related to the coronavirus pandemic. David was among the many celebrities urging Americans to take pandemic precautions, recording a video for the Los Angeles County Department of Health last year telling his fans to “stay in the house, sit on the couch and watch TV.”

David recently exchanged words at a Martha’s Vineyard store with constitutional lawyer Alan Dershowitz. David was livid that Dershowitz boasts on social media of his ties with former President Donald Trump and others in the Trump administration. Dershowitz has previously been a professed fan of the show; he even once sent a copy of the “Curb” episode “Palestinian Chicken” to former Israeli Prime Minister Benjamin Netanyahu, in the hopes that he would watch it with Palestinian President Mahmoud Abbas.