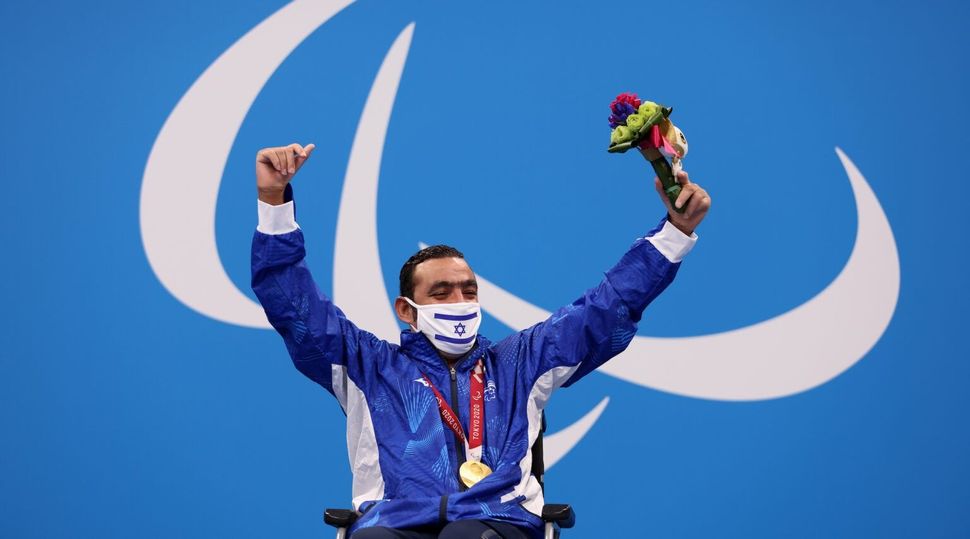 Iyad Shalabi reacts during a medal ceremony at the Tokyo Aquatics Centre at the 2020 Paralympics, Sept. 2, 2021. By Lintao Zhang/Getty Images

So far, Israel has won nine medals — six of which are gold, and eight of which come from swimming events.

On the first day of competition, Shalabi had already made history by becoming the first Arab-Israeli athlete to medal in the Olympics or Paralympics. His second gold medal came on day nine in the men’s 50-meter backstroke S1 category. Shalabi was born deaf to a Muslim family in Shfar’am, in northern Israel, and this is his fourth Paralympics.

Israel’s two other swimming golds were won by Mark Malyar. Before this year’s Paralympics, Israel had not won a gold medal in Paralympic swimming.