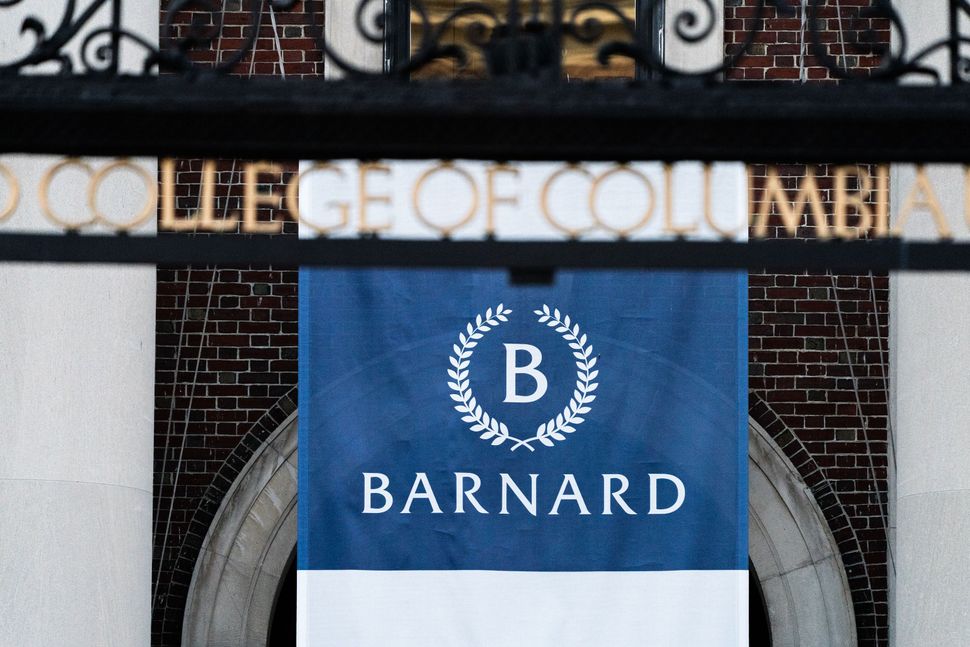 Barnard College told observant Jewish students that the school’s COVID-19 protocols required them to use technology on Rosh Hashanah before quickly reversing course, according to emails obtained by the Forward.

Hours before the holiday began Monday evening, an email arrived in Jewish students’ inboxes: “We recognize that how you have practiced religious traditions in the past may not align with the use of technology during the high holy days or the Sabbath, but this year it is paramount for the community’s health and safety (as well as your own) that you abide by the Barnard pledge and follow the College’s policies and procedures,” wrote Cynthia Yang, head of Barnard’s pandemic response team.

“The campus communities that intersect at Barnard and Columbia cannot wait until Wednesday night for students to report symptoms or respond to a notification of a positive test,” Yang added. “The chain of transmission can only be shortened when individuals act responsively and quickly.”

But 90 minutes later Yang sent a second email to the same group apologizing and announcing a new system that would allow observant students to alert Barnard staff if they had symptoms of the coronavirus without using technology, which is generally prohibited under Jewish law during Shabbat and major Jewish holidays. The emails were sent to students who had earlier identified themselves as Shabbat-observant to Barnard’s housing department.

Barnard did not immediately respond to a request for comment Thursday.

Yang said in her second email that the initial plan was “written in haste.”

“I want to make clear that Barnard is here to support students however they choose to worship the high holy days or Sabbath,” Yang wrote. She said that observant students living on campus would receive an unsealed envelope with stickers that they could place on their door during the holiday if they had symptoms or needed attention from staff.

The email said that the sticker plan was arranged with Yonah Hain, the rabbi of Columbia-Barnard Hillel.

“Columbia/Barnard Hillel’s goal here is to ensure that neither Jewish life nor health and safety protocols are compromised,” Brian Cohen, the Hillel director, said in a statement.

Students moved into residences at Barnard, which offers a joint program with the Jewish Theological Seminary, starting in late August and classes began Thursday. The school has announced 22 positive COVID-19 cases since August 9, and had 18 community members in isolation as of last week, according to its website.