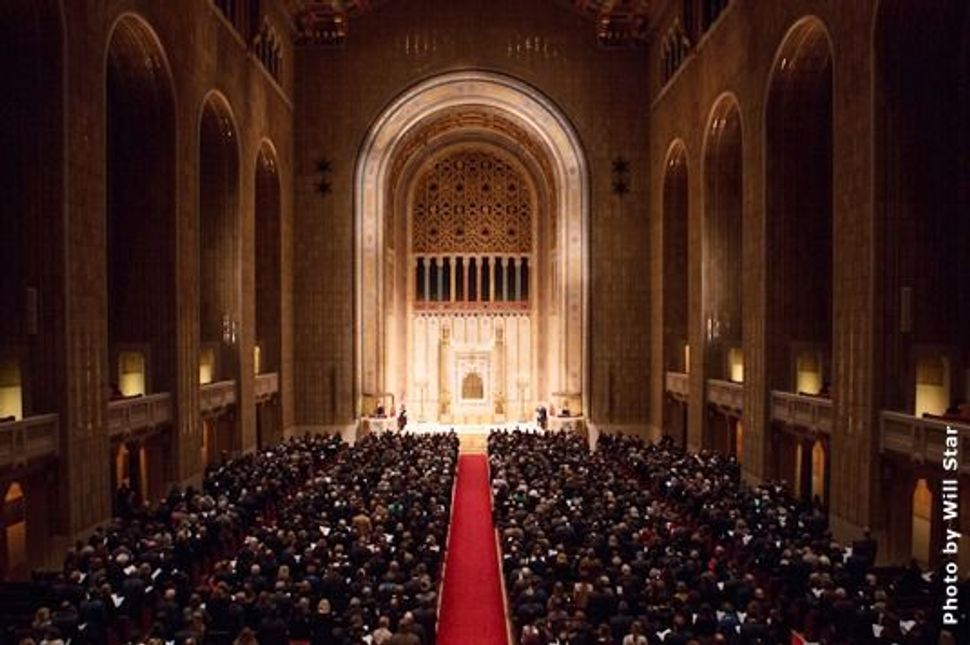 That’s on top of the $15 million John H. Streicker gave to the Reform synagogue in 2016. Together, the gifts approach the level of some of the heftiest gifts ever made to an American Jewish congregation.

“There are those in their 20s and 30s — and there are many thousands of them living in New York,” said Joshua M. Davidson, Emanu-El’s senior rabbi. “If a major metropolitan synagogue is not keeping them tethered to Jewish life, who will?

“We will also do outreach to seekers – people who are Jewish or not Jewish but are looking for a support anchor,” he added. “We want these people who are on the margins of Jewish life to feel welcome inside the door.”

The donation was announced in the synagogue’s main sanctuary on Rosh Hashanah. Streicker, a lawyer and real estate investment advisor, is also the immediate past president of the Fifth Avenue synagogue, which has 2,000 member families.

“As Emanu-El approaches its 180th anniversary we are striving to reach the next generation integral to the continued vitality of our Jewish community,” he said in a statement.

Streicker’s 2016 gift was used to establish the Streicker Center, which offers classes on everything from music to history to cooking. It’s programs reach thousands of people both in person and online in 52 countries.

Among other large donations to American synagogues was a $30 million pledge in 2013 to help support the $150 million facelift of the historic Wilshire Boulevard Temple in Los Angeles. The gift from Los Angeles philanthropist Erika Glazer was to be paid over a 15-year period. And the Chronicle of Philanthropy reported a $20 million challenge grant in 2010 from an anonymous donor to Lincoln Square Synagogue, providing that the congregation was able to raise another $3 million.