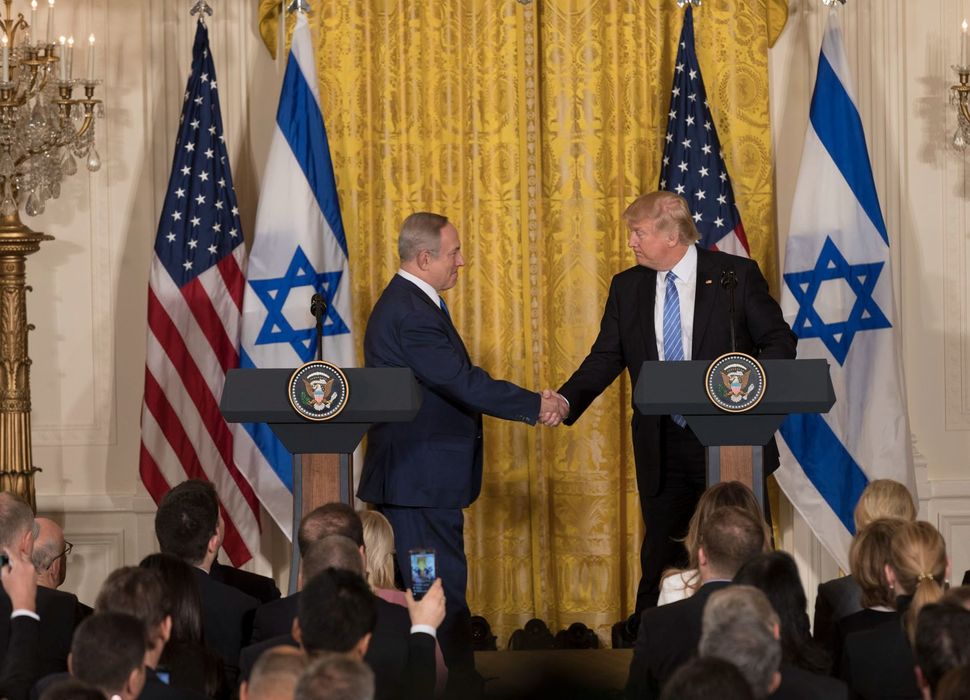 During his presidency, Donald Trump referred to Israel as “your country” and described then-U.S. Ambassador to Israel David Friedman as “your” ambassador when addressing American Jewish audiences — discomfiting many with what sounded like dual loyalty charges.

He subjected his Jewish son-in-law to the same, but more explicitly, according to “Peril,” the new book on Trump’s presidency by Washington Post reporters Bob Woodward and Robert Costa.

“Jared’s more loyal to Israel than the United States,” Trump remarked during a staff meeting following the 2020 presidential election, according to the book, which is scheduled for release on September 21. The authors described the comment as Trump trying to make a “joke.”

Trump, who entrusted Kushner with Israeli-Palestinan issues when he entered the White House in 2017, has often complained about his lack of American Jewish support despite his pro-Israel record. In 2019, he came under fire for suggesting that the 70 percent of Jews voting for Democrats are “being disloyal to Jewish people” and “very disloyal to Israel.”

Woodward and Costa also describe a tense phone call between Trump and former House Speaker Paul Ryan following his criticism of the president’s “both sides” statement in reaction to the 2017 alt-right march and ensuing violence in Charlottesville, Virginia, in which white nationalists shouted “Jews will not replace us.”

“You’re not in the foxhole with me,” Trump reportedly screamed in a phone call to Ryan.

Ryan shot back, saying that as president, Trump was should not have implied moral equivalency between the neo-Nazi marchers and the counter-protest. “These people love me. These are my people,” Trump responded. “I can’t backstab the people who support me.” When Ryan pointed out that there were white supremacists and Nazis in the crowd, Trump said they were “bad people” and he’s “all against that.” But he maintained that “some of those people” at the protest “are for me. Some of them are good people.”

Woodward and Costa wrote that then-White House Chief of Staff John Kelly told Ryan he did the right thing in criticizing the president.