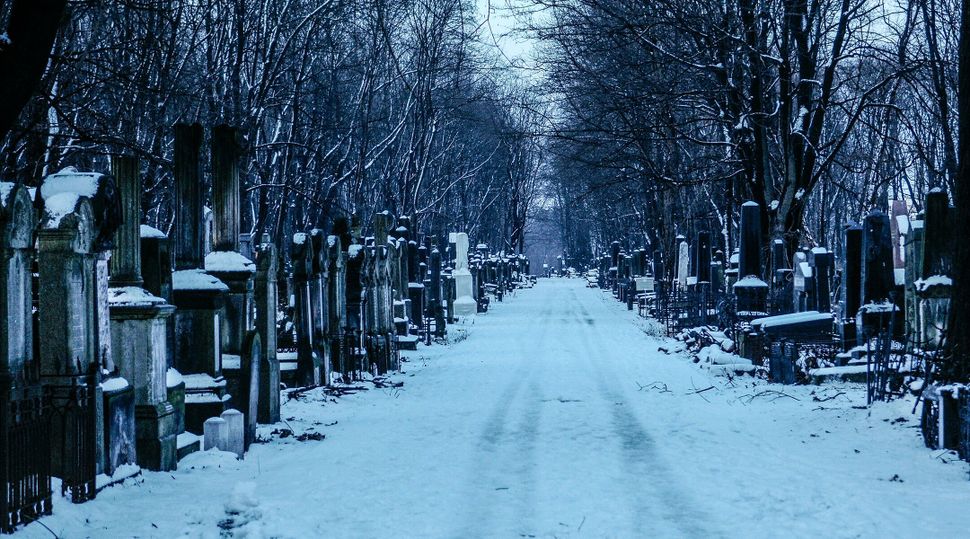 (JTA) — Members of the Jewish community of Warsaw buried the bones of a person who may have died 80 years ago in the city’s ghetto during the Holocaust.

The identity of the person whose bones were buried is not known, The Associated Press wrote Tuesday. They had been discovered in the basement of a residential building by someone looking for the source of a water leak, AP reported.

In 1943, the Nazis crushed the former Warsaw Ghetto, killing as many of the residents as possible following an uprising.

The person who found the bones, Marek Slusarz, who is not Jewish, said he was glad to have been able to help bring the remains to a proper burial.

“After nearly 80 years this unknown person got his dignity back,” Leslaw Piszewski, chairman of the Jewish Community in Warsaw, said at the ceremony at a Jewish cemetery. “This is very important. This is the only thing that we can do for the unknown victim.”

Among the approximate 450,000 Jews locked up by the Nazis in the Warsaw Ghetto, the largest in Europe, at least 80,000 died due to the horrific conditions, disease or starvation. Another 10,000 at least were killed during the uprising, according to the Yad Vashem Holocaust museum in Israel.