Mark Zuckerberg and Priscilla Chan give $1.3 million to Jewish causes 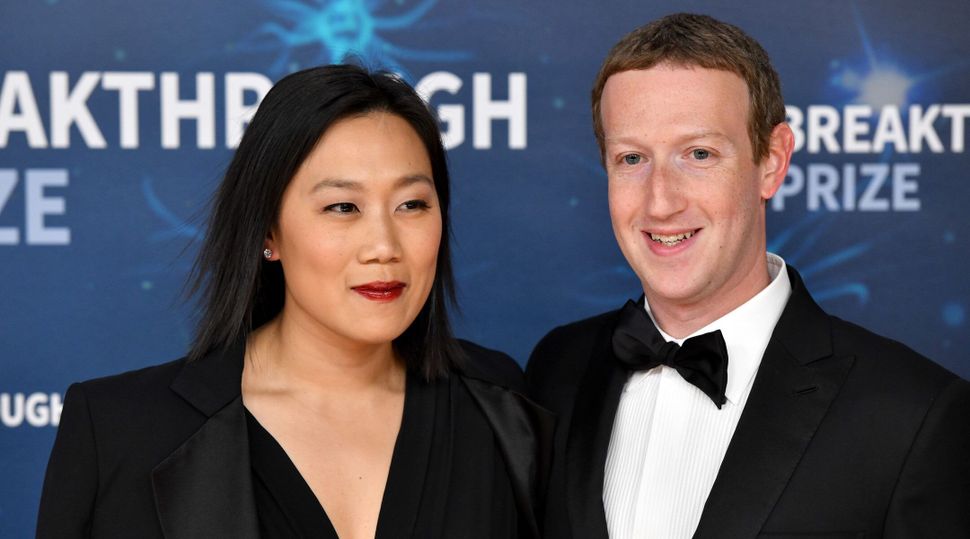 News of Zuckerberg and Chan’s donations comes as the couple has gradually emphasized its Jewish identity in public in recent years. Privately, Zuckerberg and Chan have also been meeting with rabbis and scholars to discuss Judaism and the Jewish community, according to eJewish Philanthropy.

“Mark and Priscilla have made some personal commitments in the past, but these new grants reinforce their interest in learning and deepening their connections with the community,” a spokesperson was quoted as saying.

Two of the grantees are national organizations: OneTable, which supports Shabbat dinners hosted by young Jews, and PJ Library, which distributes Jewish children’s books and music for free.

The Oshman Jewish Community Center in Palo Alto and the local Jewish Family and Children’s Services are also receiving funding to boost their local offerings. Meanwhile, a grant to the Jewish Community Relations Council will pay for a new social media campaign to educate the public on antisemitism.

“Mark and Priscilla are proud to support the important work each of these organizations does in building communities, education, celebrating traditions and faith, and giving people a voice — especially in fighting antisemitism,” the spokesperson told eJewish Philanthropy.

The couple that controls much of Facebook became a major philanthropic power in 2015 when it launched the Chan Zuckerberg Initiative, pledging to donate 99% of their Facebook fortune to charity. The recent spate of Jewish donations was made out of the couple’s family office, separately from the initiative, according to eJewish Philanthropy.

Mark Zuckerberg and Priscilla Chan give $1.3 million to Jewish causes