After Iron Dome fight among Democrats, Israel’s $1 billion ask to get standalone vote in House 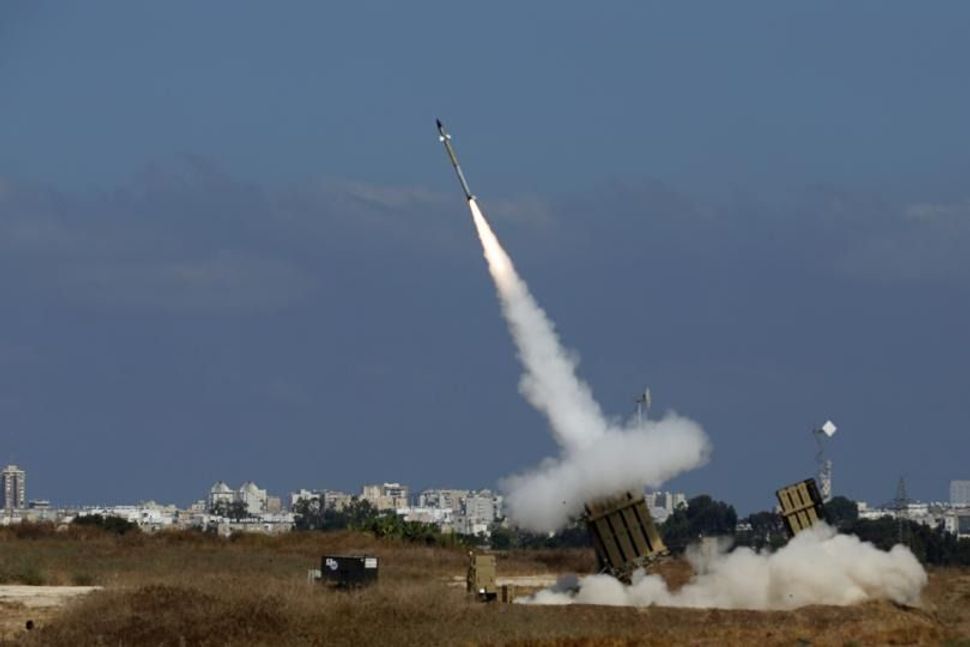 WASHINGTON (JTA) — Congress appears poised to send $1 billion to Israel to replenish the Iron Dome missile defense system that Israel depleted during its conflict with Hamas in May.

But the funding won’t flow as part of a comprehensive spending bill after a group of progressive Democrats who are deeply critical of Israel vowed to vote against that bill if it included Iron Dome support.

The threat by members of “the Squad” and their allies is likely to have the effect of making clear how far outside the mainstream they are on issues related to Israel. Republican lawmakers are planning to vote against the overall spending bill but are all but certain to support the Iron Dome spending.

In addition, the conflict offered an opportunity for Democrats who want to maintain a strong relationship between the U.S. and Israel to press that point.

“We will pass this bill with the support of the majority of my colleagues and reiterate our ironclad support for our ally, Israel,” said Rep. Kathy Manning, a Jewish Democrat from North Carolina who led the effort to move the Iron Dome funding to a standalone bill.

While the Democratic mainstream, including the Biden administration, remains unchanged on issues related to Israel, a number of progressives during the Gaza conflict called for diminishing or ending defense assistance for Israel, which runs about $3.8 billion a year, including hundreds of millions of dollars for Iron Dome.

This week, progressives said they were angry to have the new money inserted into the funding bill without warning or debate.

“You have a very narrow margin in the House, and somebody in our leadership made the decision to put this Iron Dome in literally six hours before the bill was going to be released,” Rep. Pramila Jayapal of Washington said on CNN. “That just isn’t the way things work around here, there was no discussion about it.”

The Biden administration is on board with the $1 billion infusion, and President Joe Biden himself assured Israeli Prime Minister Naftali Bennett last month that the money would come through.

Moderate Democrats and Republicans cast the rejection of Iron Dome funding as inappropriately targeting Israel. Rep. Elissa Slotkin, a moderate Jewish Democrat from Michigan, in a Twitter thread said Iron Dome was an inappropriate target because it is strictly used for self-defense.

“Whatever your views on the Israeli-Palestinian conflict, using a system that just saved hundreds, if not thousands, of lives as a political chit is problematic,” she said.

The $1 trillion infrastructure bill passed the House on Wednesday, without the Iron Dome allocation. Rep. Steny Hoyer, the Maryland Democrat who is the House majority leader, pledged Tuesday to have the standalone vote by the end of the week, and in a tweet, the American Israel Public Affairs Committee — the powerhouse pro-Israel lobby that is close to Hoyer — said the vote would take place on Thursday.

“I talked to the [Israeli] Foreign Minister, Mr. [Yair] Lapid, just two hours ago and assured him that this bill was going to pass the House,” Hoyer said in a speech on the floor of Congress.

“There were 4,400 rockets in 10 days that rained down on Israel, one of our closest allies and friends,” Hoyer said. “Luckily — no, not luckily, because they had Iron Dome, very few lives were lost and very little property was lost.”

—
The post After Iron Dome fight among Democrats, Israel’s $1 billion ask to get standalone vote in House appeared first on Jewish Telegraphic Agency.

After Iron Dome fight among Democrats, Israel’s $1 billion ask to get standalone vote in House