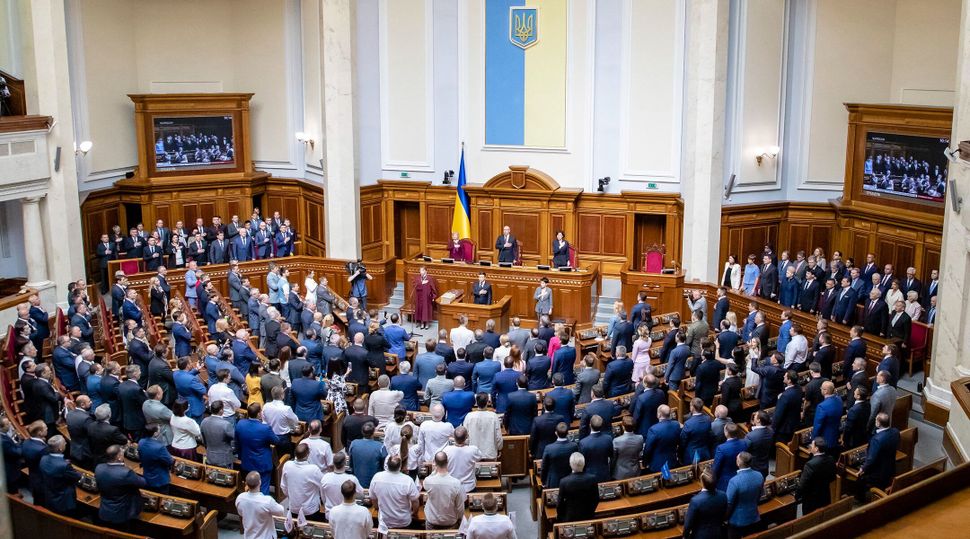 (JTA) — Ukraine’s parliament has passed a law stating that “antisemitism and its manifestations are banned” in that country.

The law, which passed on Wednesday thanks to a majority of 283 lawmakers out of 450, is unusual in that it also proscribes antisemitic sentiment as illegal. Most countries with laws against antisemitism, such as Germany, France and the Netherlands, criminalize various expressions of antisemitic hatred but not the condition of harboring it.

The Law on Prevention and Counteraction to Anti-Semitism in Ukraine defines antisemitism as “a certain perception of Jews, expressed as hatred of Jews.” It lists examples of this, including Holocaust denial and “calling for, concealing or justifying the killing or harm of persons of Jewish origin.”

The law does not mention Israel rhetoric, but Ukraine is a cosignatory to the IHRA definition of antisemitism, which defines some anti-Israel speech as antisemitic. The bill also does not address the growing phenomenon in Ukraine of glorifying Nazi collaborators as national heroes. And it does not stipulate punishments for those found guilty of violating the law.

Six lawmakers voted against, 40 abstained and 33 were not present during voting, according to the website of the Verkhovna Rada, Ukraine parliament. President Volodymyr Zelensky, who is Jewish and was elected in 2019, needs to sign the law for it to become effective.