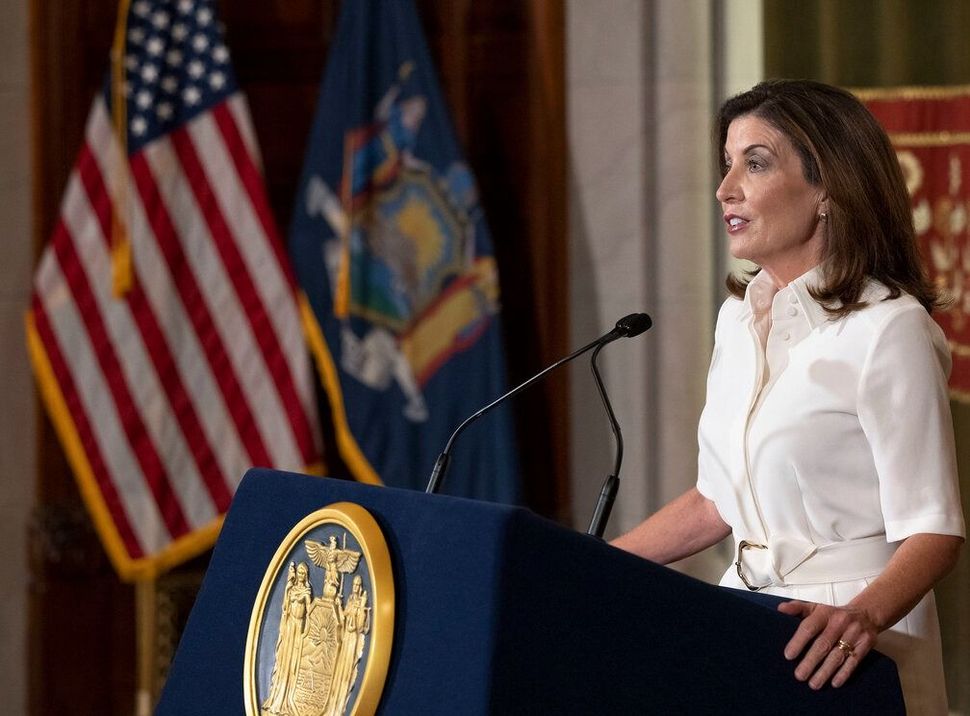 New York State will release $25 million in additional funding to boost security for Jewish and other religious and ethnic institutions amid a rise in hate crimes, Gov. Kathy Hochul announced at Manhattan’s Museum of Jewish Heritage on Wednesday.

The money is on top of $43 million already awarded to 362 nonprofits across the state. In total, the grants will support 1,672 projects aimed at protecting ethnic and religious communities against acts of hate.

“Everybody deserves to feel secure,” Hochul said at the museum event, her first meeting with Jewish leaders since taking office in August. “I don’t want a single New Yorker to ever, ever have the fear that is in the hearts of too many people — from our Jewish community, or Asian community, or African American community that feels a bit under siege… We have to eradicate that fear once and for all.”

Antisemitic incidents in New York City increased by 51% this year compared to the same period in 2020, according to the NYPD crime statistics released last month.

The governor said the additional money is just way to counter the rise in attacks against Jews. Hochul said the state will also be launching a new online reporting system for bias crimes.

“It’s still almost unfathomable to us today in 2021 to think that there are still seeds of hate,” she said. “And what we learned from way back earlier in the past century, if those seeds are not destroyed and crushed early before they bloom even further, then you have much worse to deal with.”

“We’re going to go on offense,” said Hochul, who was lieutenant governor until former Gov. Andrew Cuomo’s resignation. “And we’re going to let people know that if they dare raise a hand to any New Yorker, they are picking a fight with 20 million others — starting with their governor.”