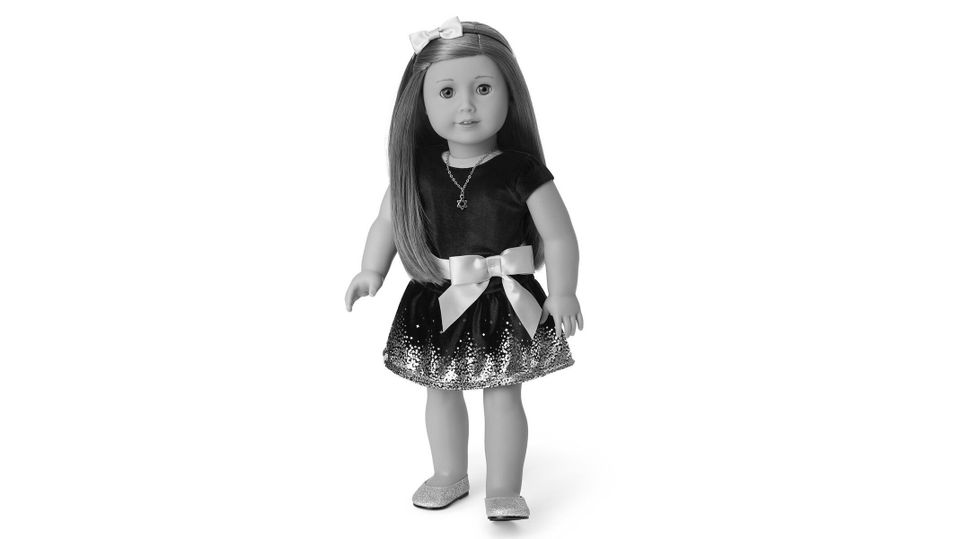 American Girl unveiled a doll outfit for Hanukkah complete with a sparkly blue dress, silver shoes, a head band, and a Star of David necklace. Courtesy of American Girl

Last week, the popular doll company released a new set of holiday doll outfits and accessories to diversify its holiday outfits. Kids can now dress up their dolls in special outfits for Diwali, the Lunar New Year, Kwanzaa and Hanukkah.

The Hanukkah outfit includes a sparkly blue dress, silver shoes, a head band, and a Star of David necklace. In addition to the clothing, priced at $36, fans of the dolls can also purchase a Hanukkah gift set that includes a menorah, Star of David bracelet, dreidel and Hanukkah gelt.

American Girl is known for its lifelike dolls with backstories — and a series of short novels and movies about them — spanning the globe and set throughout history. The company released its first Jewish doll named Rebecca Rubin, whose story was set on the Lower East Side in early 20th century, in 2009.

The new holiday outfits come with a booklet explaining the significance of each of the holidays. Mattel is set to release an Eid Al-Fitr outfit next year in celebration of the Muslim holiday, according to the Religion News Service.