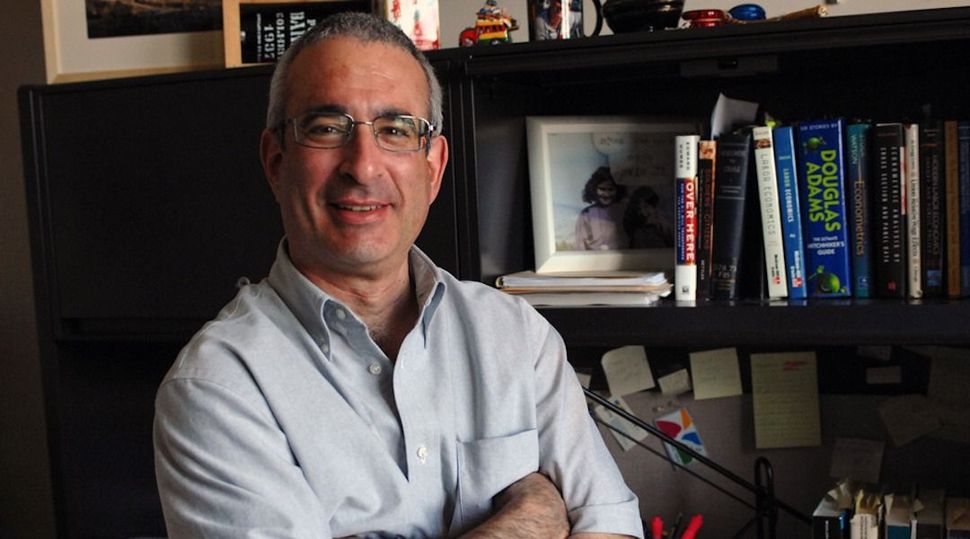 Joshua Angrist, a professor at the Massachusetts Institute of Technology, was awarded the 2021 Nobel Prize in Economics. (MIT)

(JTA) — A professor at the Massachusetts Institute of Technology with dual Israeli-American citizenship was named one of three winners of the 2021 Nobel Prize in Economics.

Joshua Angrist was named a winner alongside University of California, Berkeley professor David Card and Stanford University professor Guido W. Imbens. Angrist and Imbens were recognized for their research on cause and effect while Card was recognized for his work on labor economics.

Born in Columbus, Ohio, Angrist earned his master’s degree and doctorate from Princeton. Angrist taught at Hebrew University from 1991-1996 before becoming a professor in the economics department at MIT. He has written several papers about labor conditions in Gaza and the West Bank and served as a member of Israel’s Finance Ministry Working Group on Israeli-Palestinian Labor Market Relations in 1994.

Angrist and Imbens were awarded the Nobel Prize “for their methodological contributions to the analysis of causal relationships,” according to the selection committee.