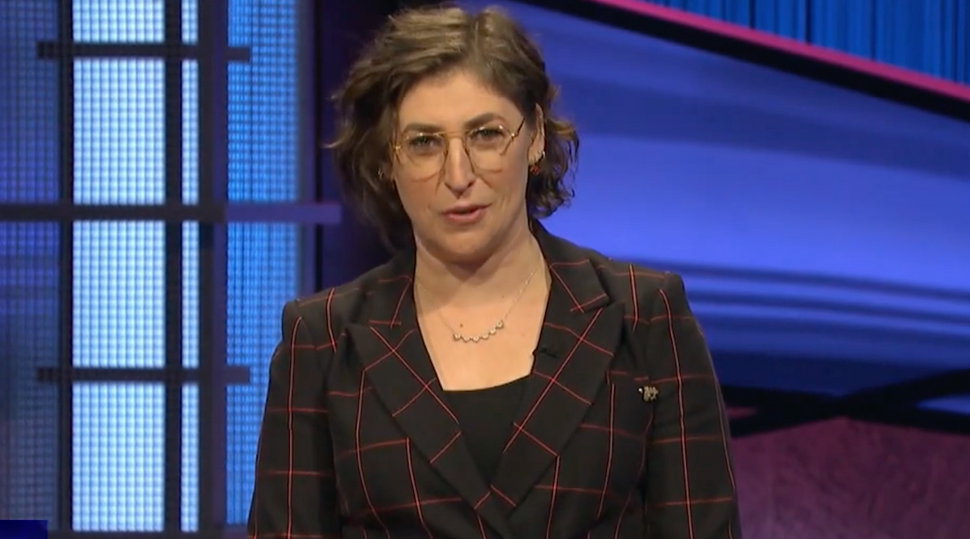 (JTA) — Contestants on an episode of Jeopardy that aired Wednesday night were stumped when presented with a photo of chulent, a stew traditionally cooked over the course of Shabbat.

The clue, for $400 in the “Sabbath” category: “Exodus 35:3 bans doing this on the Sabbath, hence the Jewish dish, ‘chulent,’ which can go on the stove Friday and cook until Saturday lunch.”

The contestants got close with guesses of “What is cooking?” and “What is work?” but failed to name the exact Shabbat prohibition Mayim Bialik, the show’s temporary host, was looking for.

In the end, Bialik explained the answer: “What is lighting a fire? And the word ‘chulent’ is from the French chaud lent, [meaning] cooks a long time.”

Explaining chulent on national television was a fitting role for Bialik, the Modern Orthodox actress and the first Jew to host the show.

Bialik, who starred in “The Big Bang Theory” and served as a celebrity host during the search for longtime Jeopardy host Alex Trebek’s replacement, was named a Jeopardy host for primetime specials in August. After Mike Richards, the show’s executive producer who was selected to host the show full-time, was revealed to have made offensive comments about women and Jews, Bialik was temporarily promoted to full-time host. While Jeopardy producers continue to search for Richards’ replacement, Bialik has said she’d like to keep the gig permanently.