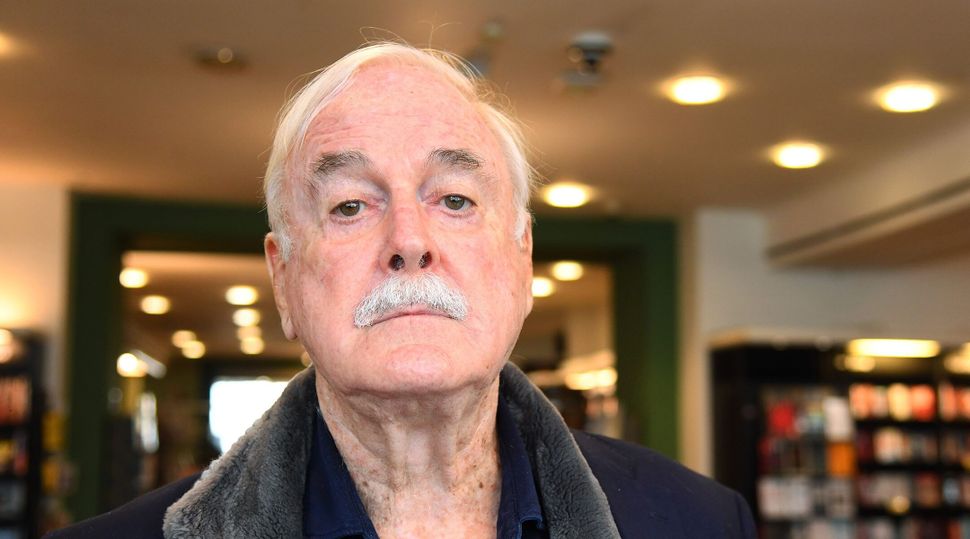 (JTA) — An impression of Adolf Hitler at Cambridge University has touched off a fight over the limits of free speech and has drawn Monty Python comedian John Cleese into the fray.

The impersonation was delivered at a debate recently on whether there’s such a thing as “good taste.” Andrew Graham-Dixon, an art historian, impersonated Hitler as an example of bad taste, in order to argue that good and bad taste do exist.

At the time, Keir Bradwell, the president of the Cambridge Union, a debating society, jokingly thanked Graham-Dixon for the impersonation.

The impersonation came as British universities have faced criticism, including from the government, allegedly for not acting tough enough on expressions of antisemitism. And since then, Bradwell has reversed course and published an apology for not cutting Graham-Dixon off.

That condemnation has led Cleese, a champion of free speech, to cancel his attendance at an upcoming event at the Cambridge Union. He said he made the decision in protest of the university’s treatment of Graham-Dixon.

“I was looking forward to talking to students at the Cambridge Union this Friday, but I hear that someone there has been blacklisted for doing an impersonation of Hitler,” Cleese wrote on Twitter Wednesday. “I regret that I did the same on a Monty Python show, so I am blacklisting myself before someone else does.”

Cleese was scheduled to appear in Cambridge as a guest of the debating society as part of his new documentary series, “Cancel Me,” in which Cleese interviews people who are perceived to have been penalized or silenced for making offensive statements.

In the debate, Graham-Dixon spoke as Hitler, putting on a German accent while making a Nazi salute.

The audience of 400 people voted in favor of Graham-Dixon in the debate. At the event, Bradwell commended Graham-Dixon for “perhaps the longest Hitler impression this chamber has ever received, a remarkable accomplishment for tonight.”

But days later, Bradwell apologized for not interrupting Graham-Dixon.

“I would like to offer my unreserved apology for the comments made by a speaker in our debate on Thursday night,” he wrote in a statement Saturday posted to Twitter. “Neither I nor the society condones the thoughtless and grotesque language used by the individual in question, and I am sorry for my failure to intervene at the time.”

He added that, “my failure to intervene was solely a question of lacking the courage to stop someone in front of a room of 400. The speaker came as a respected art critic, and there was no indication that he would make the remarks that he made. I only wish we could have foreseen the remarks that he made and chosen someone else.”