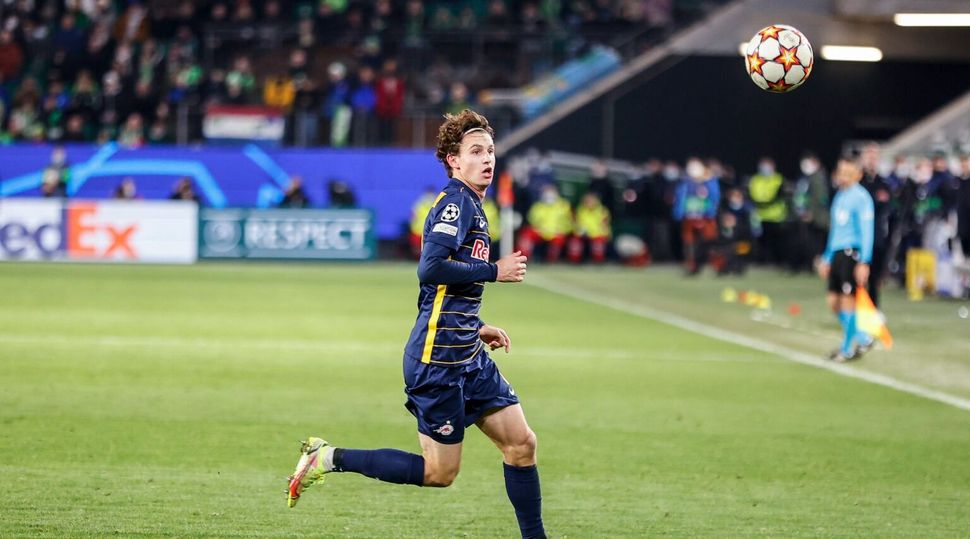 (JTA) — The men’s World Cup soccer qualifier games are underway, and the U.S. team has a shot at making the tournament that will take place next fall in Qatar. For those fans who have suppressed the memories — the U.S. men’s team failed to qualify last time around.

One of the team’s six forwards is Brenden Aaronson, a 21-year-old from Medford, New Jersey, who has gone from playing in the American Major League Soccer league to the Austrian Bundesliga, where he suits up for Red Bull Salzburg.

It’s very rare for a male American exported player to perform well in a high-level European league, so naturally fans in the U.S. are watching Aaronson closely. And the buzz around his improving play seems to increase every week.

He has even earned the nickname “Medford Messi,” a reference to the all-time great Argentine player Lionel Messi.

Could the rising star with the last name Aaronson and curly hair be Jewish?

The answer is no.

Though Aaronson can be an Ashkenazi surname meaning Aaron’s son, a representative for U.S. Soccer told the Jewish Telegraphic Agency that Brenden Aaronson’s ancestry is Swedish. Aarsonson is also a Swedish name, a variant of the name “Aronsson” or “Aronsen.”