Stephen Colbert thinks there aren’t enough Hanukkah movies, so he made up some of his own 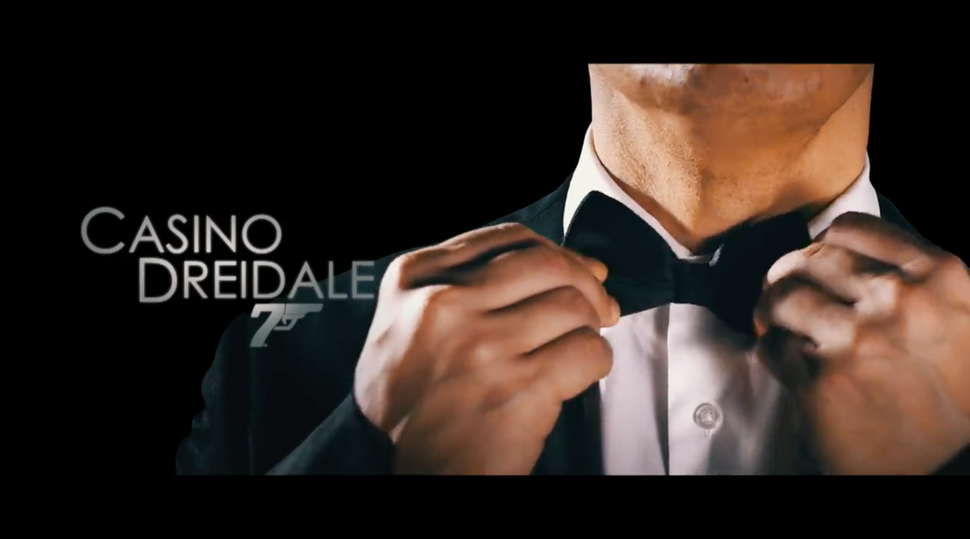 (JTA) — Stephen Colbert gave Jewish viewers of the Late Show a special Hanukkah gift Monday night: a bit about the glut of Christmas movies and the lack of Hanukkah films.

Noting the combined 76 Christmas movies to be released by Lifetime and Hallmark this year, Colbert lamented that there were hardly any Hanukkah-themed movies.

“That is a shanda, everyone deserves holiday movies,” Colbert said, before previewing the show’s satirical slate of Hanukkah movies.

The bit opened with a rom-com trailer in which a man carrying a bag of oil and a woman carrying a bag of potatoes collide on the sidewalk while searching in vain for the other ingredients they need to make latkes. The trailer then shows the two of them sharing a latke, Lady and the Tramp-style. “The only thing that lasts longer than the oil in the Temple is romance,” proclaims the trailer.

The other titles include a courtroom drama in which a latke is “Gelt-y as Charged” and the James Bond-esque “Casino Dreidale” as well as “Eight Knights of Hanukkah,” “Rudolph the Red-Nosed Rabbi,” and “I Wish We Celebrated Christmas.”

Colbert also opened his monologue Monday night with a series of Hanukkah jokes and sympathized with Jewish viewers moving from Thanksgiving straight into Hanukkah, which began Sunday night: “I’m guessing it’s tough to go into another holiday right after Thanksgiving. ‘Oh I couldn’t eat another bite of mashed potatoes and cranberry sauce. Ooh fried potatoes and apple sauce?’”

—
The post Stephen Colbert thinks there aren’t enough Hanukkah movies, so he made up some of his own appeared first on Jewish Telegraphic Agency.

Stephen Colbert thinks there aren’t enough Hanukkah movies, so he made up some of his own